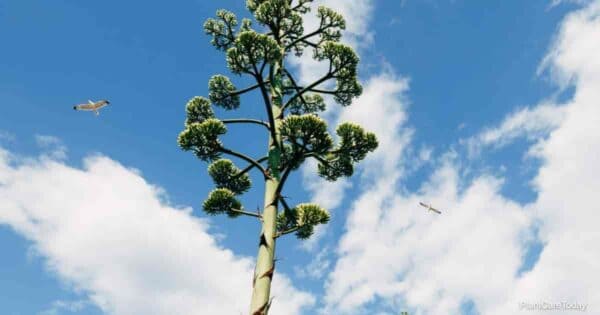 When your agave blooms, it is always a special occasion. Your plant suddenly grows these colorful flowers that make your garden space pop with life.  Although it’s always great when 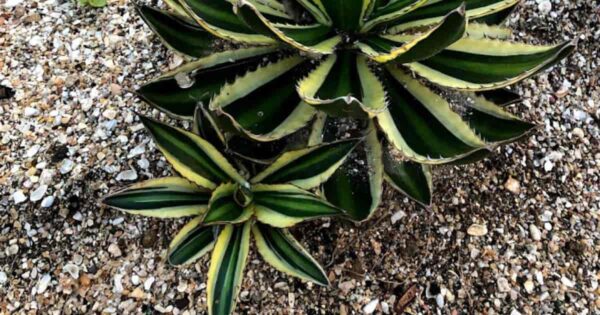 Agave propagation is a popular technique used by plant owners to increase their potted plant collection. Some plants need to grow on their own. Much like humans, plants often need

A potted Agave is a wonderful, attractive addition to the garden patio or deck. There are many varieties to grow. We look at caring for these popular succulents as potted plants. 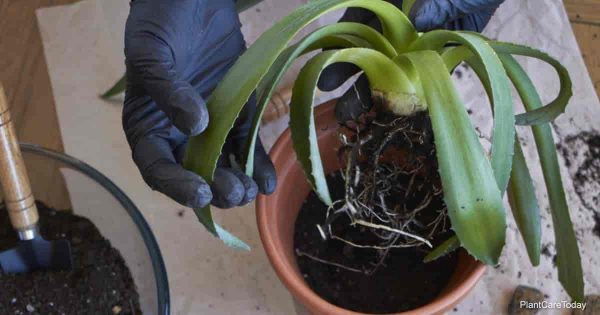 Agave root rot starts when the agave plant’s roots start to deteriorate due to too little sun, too much moisture, insects and more. Can Your Agave plant be saved? Click on this article to learn tips on root rot on Agave plants. 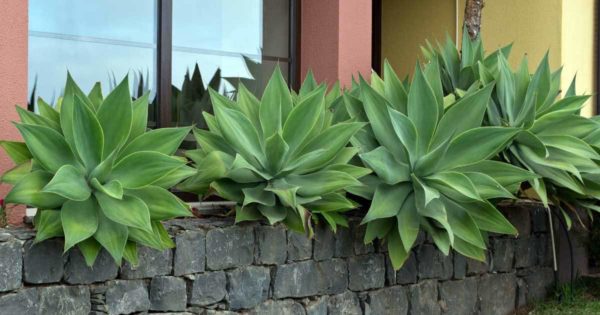 Agave attenuata [a-GAH-vee] [at-ten-yoo-AY-tuh] is an unusual succulent belonging to the Agave plant genus and the Asparagaceae family of plants. It’s native to central Mexico in the state of Jalisco 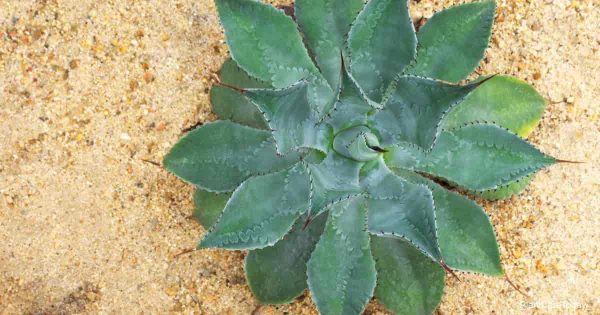 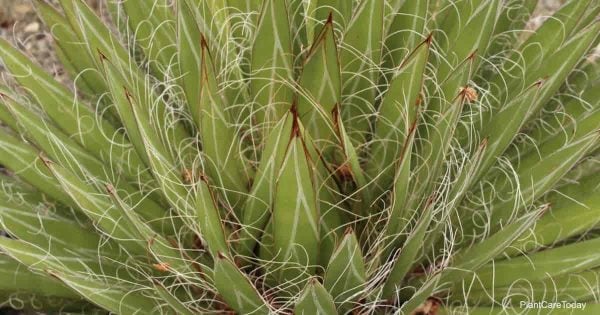 Agave filifera (a-GAH-vee fil-LIF-er-uh) is a clump-forming member of the family Asparagaceae (a-SPARE-uh-gay-see-eye). Hailing from central Mexico, this perennial succulent is very similar Agave schidigera (a-GAH-vee ski-DEE-ger-ruh. You can tell 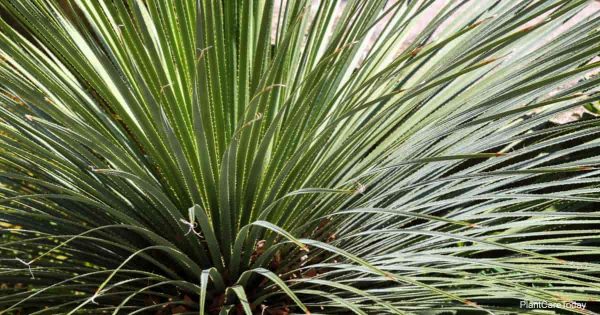 Dasylirion wheeleri is an evergreen shrub found in the arid regions of northern Mexico, with a mound of spiky leaves. It’s part of the Asparagaceae family and sometimes found in 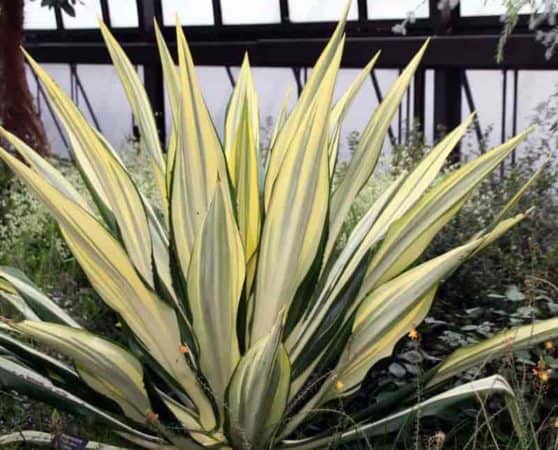 Furcraea foetida (fer-KREE-uh FET-uh-duh) is an evergreen flowering plant from the family Agavaceae now the Asparagaceae family. It hails from northern South America and the Caribbean. However, Furcraea is cultivated 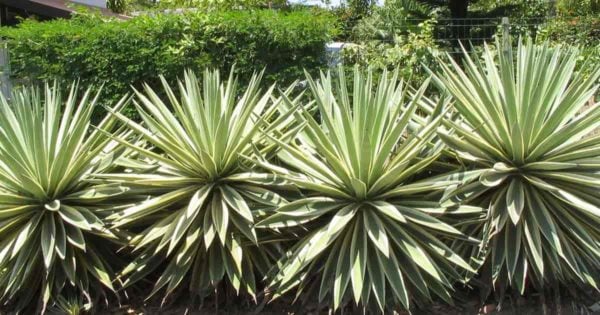 Agave angustifolia [a-GAH-vee angustifolia] is a member of the Agavaceae family and is native to Costa Rica, Central America, and Mexico (Sonora). This evergreen succulent plant is a monocarpic perennial. You 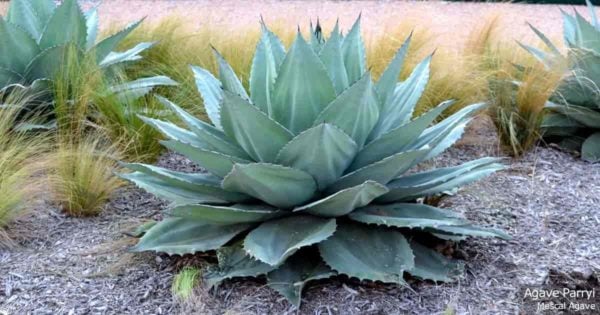 The artichoke agave, Agave Parryi is a herbaceous evergreen perennial succulent and a member of the family Asparagaceae along with many other agave plant varieties. It hails from Northern Mexico, 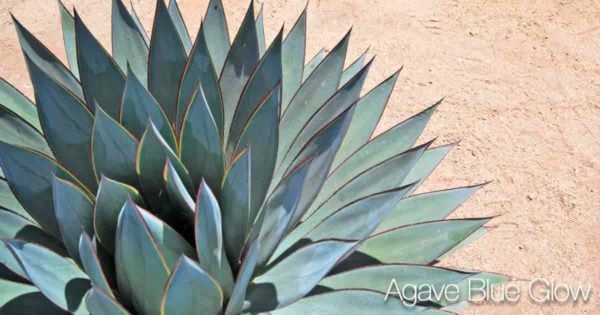 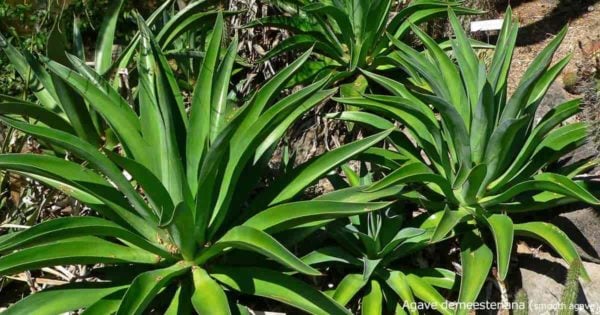 Agave Desmettiana (a-GAH-vee de-smet-ee-AY-na) the smooth Agave, is a succulent shrub member of the Agave plant family. Agaves were previously classified as part of the Agavaceae family. The family has 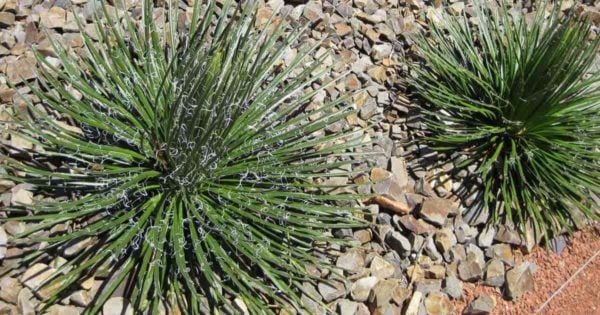 Agave geminiflora is a somewhat rare agave plant species that hails from a very limited area north of Ocotillo, Mexico, in the Mexican state of Nayarit. This interesting dwarf agave species 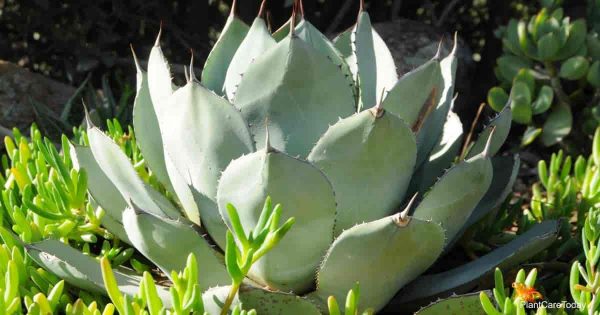 In the world of succulents, agave ovatifolia (a-GAH-vee, oh-vay-tih-FOH-lee-a) is an evergreen plant identified by its rounded rosette of slightly cupped, broad, gray to powdery-blue leaves.  This beautiful Agave plant 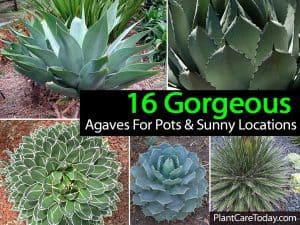 The Agave Plant is a group of over 200 Agave species, all hailing from the desert (or near-desert) regions of South, Central, North America and the Caribbean. These large, tough, 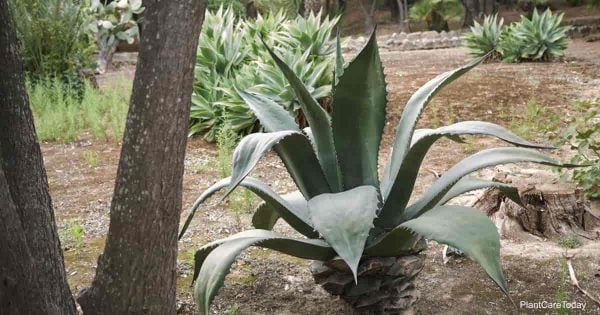 Agave salmiana (a-GAH-vee, salm-ee-AH-na) is an evergreen succulent, belonging to the Agavaceae or Asparagaceae family and the Agavoideae subfamily.  This fleshy Agave plant species is native to North America, central 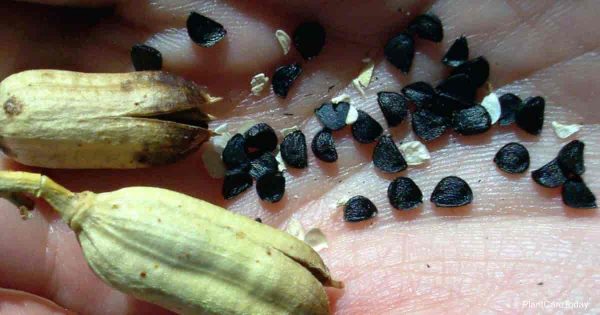 If you aren’t able to find an agave pup, it is easy to grow blue agave and other types of Agave plants from seed. The process isn’t difficult, but it 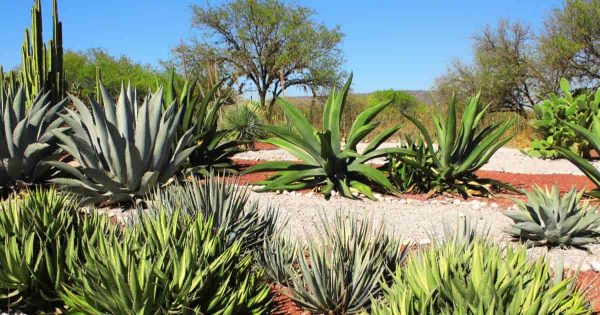 The Agave Plant is a group of over 200 species of succulents, all hailing from the New World desert or near-desert areas of South America, Central America, Mexico the Southwest United States and even the Caribbean. These large, tough, 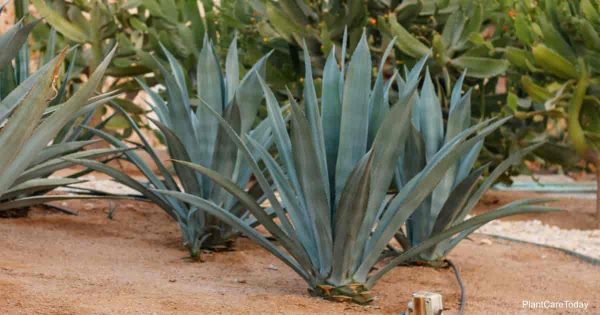 The tequila cactus or the common name Blue Agave plant (Agave tequilana) needs high altitude and lots of sun to flourish. It is only hardy in USDA zones 9b and 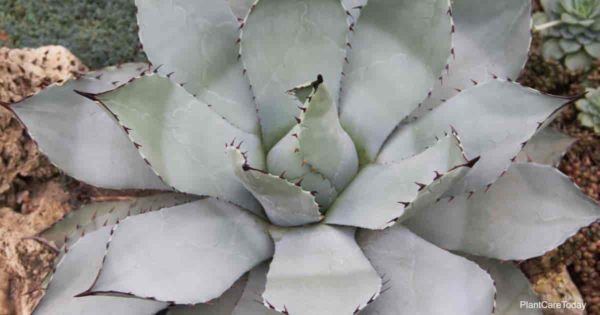 Agave plants make beautiful additions to the landscape or when grown as a potted specimen. Have you ever asked – Are agave plants toxic or poisonous? The desert agave or 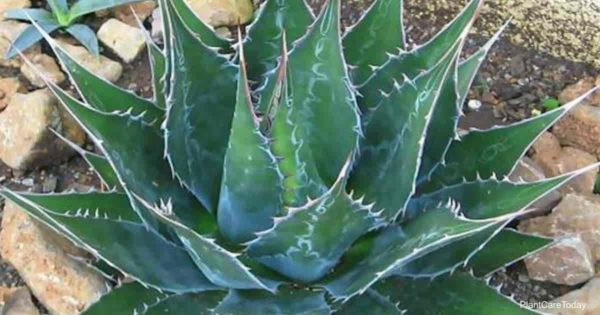 Agave Montana [a-GAH-vee, MON-tah-nuh] is an evergreen perennial succulent from the Agave plant family Asparagaceae and native to northeastern Mexico. The plant is called Montana (the Spanish word for mountains) 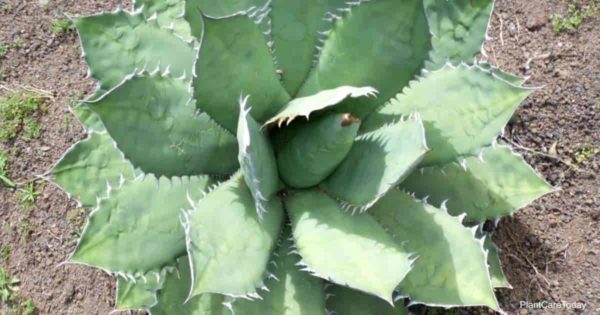 Agave titanota [a-GAH-vee, ty-tan-OH-tuh] is an extremely drought-tolerant native of Rancho Tambor, Oaxaca, Mexico and a perennial member of the Agavaceae family (Agave plants). You may hear this plant by 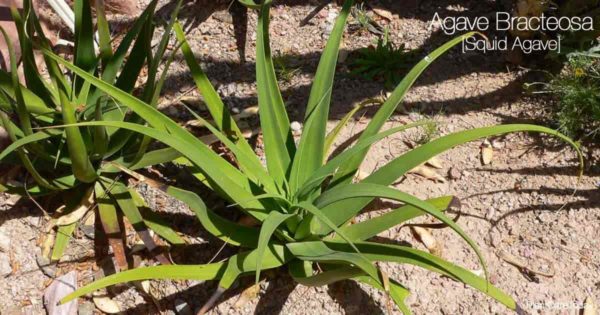 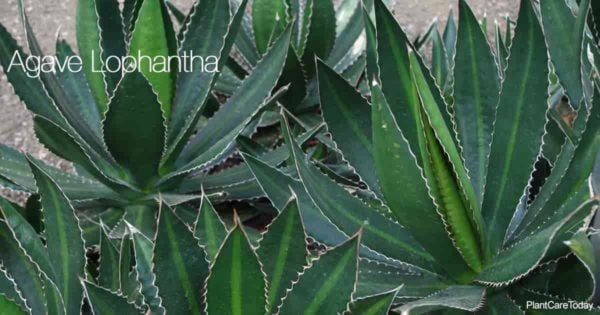 Agave Lophantha [A-GAH-vee Low-FAN-tha] is an evergreen succulent belonging to the Asparagaceae family (formerly Agavaceae).  It’s mistaken at times an aloe plant or cacti, but the Agave genus has unique 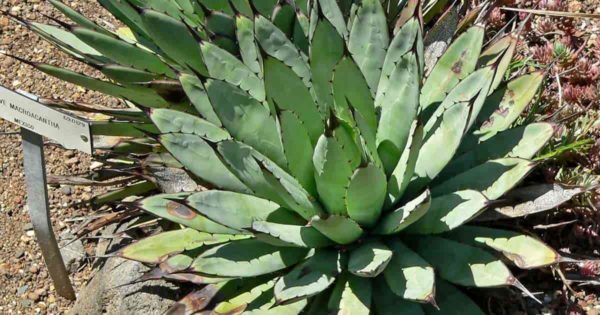 The Agave Macroacantha [a-GAH-vee, mak-roh-uh-KAN-tha] has a common name of Large-Thorned Agave or Black-Spined Agave. It is a species of the succulent Agave plant family popular plant in pots and 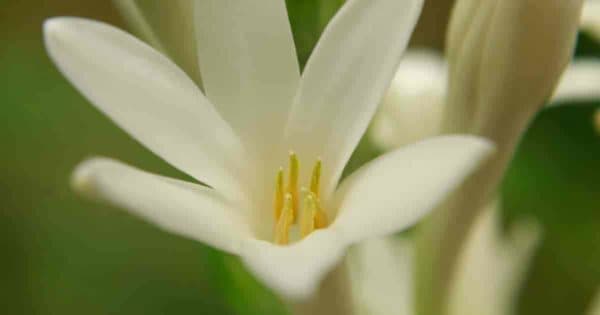 Polianthes tuberosa [pol-ee-AN-theez, too-ber-OH-suh] is a perennial plant, and often grown as an ornamental. It features thin, tubular flowers with six flaring segments and produces a strong, pleasant fragrance. Many 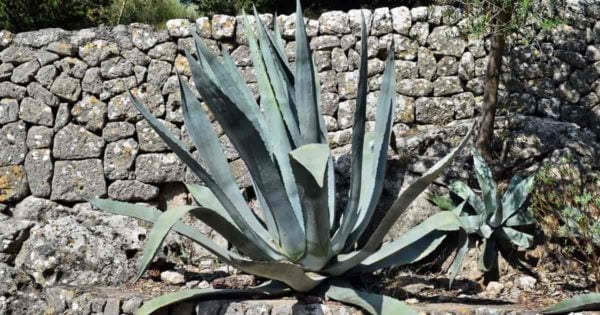 Agave Americana [a-GAH-vee, a-mer-ih-KAH-na] belongs to the Agave plant genus of succulent plants. It’s a species of flowering plants in the Asparagaceae (Agavaceae) family, native to Mexico, and the United

Agave potatorum [a-GAH-vee, poh-tuh-TOR-um] is a perennial succulents belonging to the family Asparagaceae (Century Plant). This plant hails from Mexico in the semi-arid highlands found between Puebla and Oaxaca. You 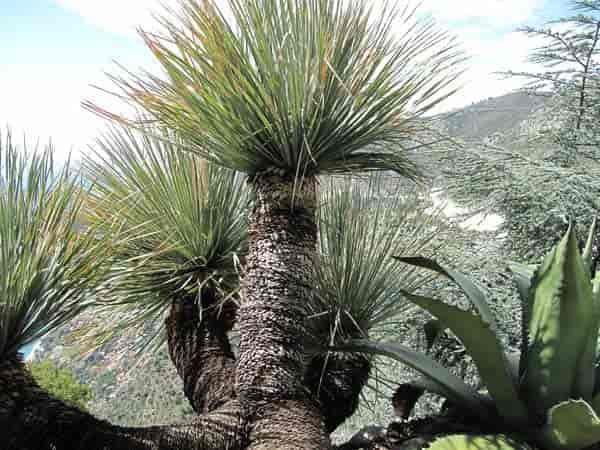 Dasylirion acrotrichum, [das-il-LIR-ee-on] [ak-roh-TRY-kee], comes from the Chihuahuan Desert in Mexico and the grass-like leaves can reach up to 40″ inches. The spiky plant has several common names, including: Bear 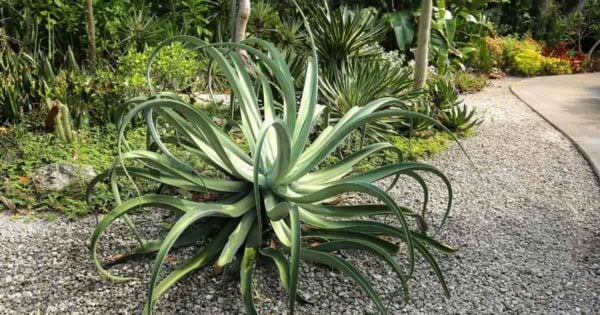 Agave vilmoriniana (a-GAH-vee vil-mor-in-ee-AY-nuh) is a succulent evergreen perennial agave plant native to Mexico. This succulent is a member of the Asparagaceae a family. It is also known as Agave mayoensis.

Agave Victoriae Reginae (a-GAH-vee vik-TOR-ee-ay ree-JIN-ay-ee) is a succulent agave species belonging to the Agavaceae (Asparagaceae) family. This Mexican native can be found growing naturally in various locations throughout the 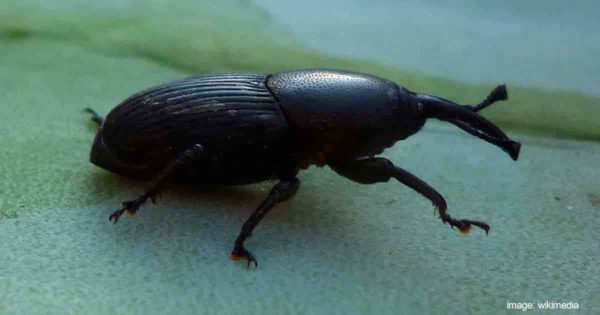 The agave snout weevil [Scyphophorus acupunctatus] also known as the Sisal weevil are abundant in the southwestern United States and also throughout Mexico. They feast on many species of agave