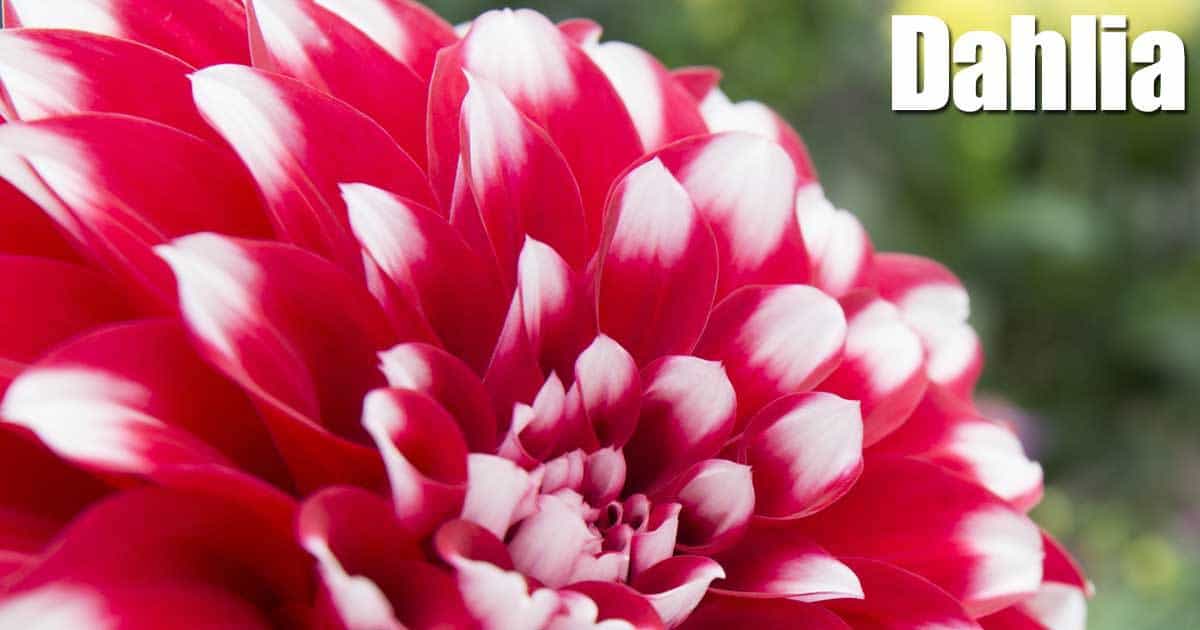 Dahlias may be grown either from seed or roots, the former method taking about two weeks longer. The several varieties available are, the Cactus Dahlia, the formal and informal decorative varieties, the single-flowered varieties, and the miniature varieties.

Dahlia varieties have blossoms in many bright colors such as yellow, crimson, orange, and lavender. The blossoms are as large as 6 inches in diameter, and certain varieties attain a height of nearly six feet. The roots should be laid 6 inches in the ground, about three feet apart in a sandy loam soil. The stalks should be supported by strong poles. The roots must be dug up immediately after frost and taken indoors.

Question: What makes the buds on my dahlias blacken and blast? The plants are also short and bushy.

Answer: Lygus lineolaris (tarnished plant bug), a small, 1/4-inches long insect, is probably responsible for the condition. Though not easy to control, spray plants with 50% wettable sulphur. Malathion sprays have also been helpful, give organic neem oil a try as well.

Question: I had a large dahlia bed which was quite a disappointment last year Many of she dahlias produced extensive foliage but no flowers. I store the tubers in a cool place in winter and separate them into two and four tubers to each clump. Could you offer some suggestions about these tubers? EWH, Wisconsin

Answer: If dahlias are fed heavily, large watery roots are produced which often make poor plants the following year. Applications of any quick acting nitrogenous fertilizer produces excessive and soft leaf growth at the expense of tubers and flowers.

If you had good plants with heavy foliage the manner in which you stored and divided the tubers is not at fault. Most likely too much plant food resulted in too soft a growth to encourage bloom.

Question: I like dahlias but am inexperienced at growing them. Would you outline their culture?

Answer: Do not plant dahlia tubers until all danger of frost is past. There should be ample – room between the plants – four feet or more is not too much to obtain the finest bloom.

Use stakes and staff for this. It is well to drive five- to six-foot stakes where the dahlia roots are to be planted before-planting time and then plant one root near each stake. As soon as the plants are high enough they should be tied to the staff and kept tied as growth progresses.

During summer and grow season the plants require an abundance of water. If a heavy mulch of half-rotted manure is placed around each plant it will both feed the plants and conserve moisture. Dahlias should be planted in a deep rich well-drained soil, in full sun. Rich pot soil is a must if you expect to grow giant blooms.

Question: Please tell me how to keep dahlia tubers through the winter.

Answer: Fall and winter storage of dahlia tubers has always been a problem. While excellent fungicides and pesticides are readily available to protect the dahlia tubers, moisture retention has been difficult to maintain.

This has been particularly true in houses with heating systems that tend to dry out the air. Tests have been conducted with the aim of answering the problem of dahlias drying out in storage.

By first dipping the tubers in a Wilt-Pruf mixture (four parts water to one part Wilt-Pruf), allowing them to dry and then storing them in dry peat moss, a 100 per cent protection against tuber drying was obtained. Wilt-Pruf is available locally at garden centers and online.

After being dipped in the Wilt-Pruf mixture, the tubers should be stored in a cool, fairly dry place where they will not freeze.

Question: I am raising dwarf dahlia from seed. What should I do with the side shoots – cut them off or leave them on?

Answer: With dahlias of this type the aim is to have plants full of blossoms rather than a few large blooms. It usually makes a more showy plant if the center is pinched out of the seedling while it is small and if all of the shoots are left on.

If the seedling is pinched when it is six inches tall it will make a low bushy plant and will not blow over so readily in a wind. In fact, if the plant is pinched low and allowed to bush out it may be grown without any staking.

Question: My dahlias get buds on them but they just turn brown, or if they do bloom, they do not open up as they should. Why?

Answer: When the buds show on the dahlia, remove all but one on each stem, and remove shoots at base of the bud to give a better stem. Allow only about a half dozen stems to each plant.

If plant tubers are planted too early, it will commence to bloom in the hottest weather and either blast in the bud or produce deformed dahlia flowers. Setting the tubers too early is probably your trouble.

Question: Can dahlias be pinched to keep them from growing so tall? If so, how and when?

Answer: Dahlias may be pinched as much as you like up to mid-July. This makes heavier, better, bushier plants. Also planting the tubers a little later in the spring will help. To prune dahlias simply cut an inch or two from the top of each stem when it attains a height of about a foot.

Question: My dahlias are stunted and “bushy” with dwarfed and crinkled leaves which show light green and yellow mosaic patterns.

The plants are progressively more stunted each year. Blooming has been greatly reduced. What is it, and what can be done?

Answer: You have described dahlia stunt (or dwarf) and mosaic well. This virus disease is common and worldwide in distribution. The disease is transmitted by several species of aphids and by propagating infected tubers.

Symptoms are often difficult to see during hot weather or in “tolerant” varieties.

The virus also attacks zinnia and annual calendula flower. Dahlia mosaic or stunt can only be controlled by buying selected healthy stocks and growing them at a reasonable distance from other dahlias which are probably already infected. Powdery mildew makes another plant disease to watch out for.

Destroy diseased plants promptly as they will not recover. Spraying regularly to control aphids is also important.