Aloe Dorotheae (AL-oh, dor-uh-THEE-ay) is a succulent plant species from the Aloe plant genus in the family Asphodelaceae.

It is named after Dr. Dorothea Christina van Huyssteen, the daughter of a South African collector of succulent plants DP van Huyssteen.

The plant is native to Tanzania and has been classified as critically endangered by the International Union for Conservation of Nature (IUCN) due to its highly limited distribution in the wild.

In its native range, the aloe species is only found in two areas in the Eastern Arc Mountains.

However, it is widely cultivated in many areas as an ornamental plant.

The colorful leaves of this aloe species have earned it the following common names:

Growing up to 1′ feet tall and 1’ to 2’ feet wide, Aloe dorotheae is an evergreen clump-forming perennial characterized by its green succulent shiny leaves which turn bright orange-red under stressful conditions and during times of drought.

The leaves are curved, have some white spotting, and feature prominent, sharp teeth alongside the margins.

They grow from decumbent and sprawling short stems forming clumps of rosettes, which can grow up to 20” inches across.

The offsets are removed and planted separately.

In mid to late-winter, the plant produces a long, unbranched flower spike, which rises well above the foliage and bears lots of small tubular blooms.

The flower color is salmon-orange from the center and greenish-yellow at the tips of the petals.

Since the flowers bloom in winter, they add color to otherwise dull and colorless gardens.

Aloe dorotheae grows best in full sun, though its leaves change color from green to red when exposed to strong and direct light.

Like many other aloe species, crimson aloe can tolerate full summer sun once established. It also easily tolerates light shade.

Although the plant grows best in warm temperatures, it can survive temperatures down to 40° degrees Fahrenheit (4° C).

The plant is hardy to USDA hardiness zones 10a to 11b.

Just like all succulent plants, the water needs of Aloe dorotheae are low.

In fact, too much watering can harm the plant.

Water occasionally and never let the aloe plant sit in water as it can lead to root rot and, when continued for prolonged periods of time, can even cause plant death.

When grown as a houseplant, watering once a week is enough.

However, you may need to water more frequently if the plant is exposed to the hot summer sun.

Reduce watering to once every two to three weeks, or even once a month, in winter.

Like all other succulents, this aloe species is also fairly drought tolerant.

Feed sunset aloe once in the spring and summer seasons.

Use a fertilizer designed for succulents, preferably the one meant for cacti.

The agave plant can tolerate a range of soil types, even poor soil, but cannot survive in soils with poor drainage.

When growing this plant, make sure the soil is well-draining.

Transplant only when the plant outgrows its pot, tipping over it, and or has ceased growing.

Early spring is the best time to transplant aloe dorotheae.

Aloe Dorothy is a plant type which is easy-to-grow and forgiving.

Just make sure to not let it sit in water and the succulent species will grow pretty well.

How To Propagate Aloe Dorotheae

Sunset aloe can either be grown from seeds or propagated by stem cuttings and plant division.

To propagate from stem cuttings:

The Dorotheae aloe plant isn’t susceptible to many diseases and almost remains disease-free throughout its life.

However, it is recommended to watch out for signs of succulent mealybugs and scale insects. Treat with Neem oil for control. 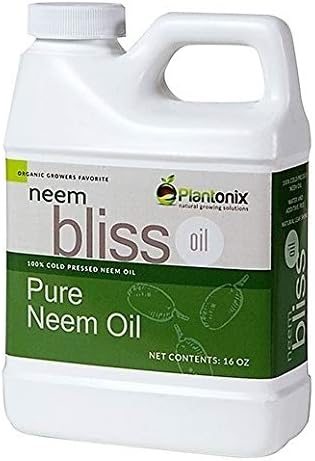 Click to Learn More | Buy from Amazon
Learn More
If you click this link and make a purchase, we earn a commission at no additional cost to you.

Too much watering, poor soil drainage, and too much shade can lead to a few problems, like root rot, and can make the plant more susceptible to diseases and pests.

The flowers of crimson aloe produce nectar and hence, attract bees and a number of birds, including hummingbirds and butterflies.

As mentioned, the crimson aloe cactus is widely grown for ornamental purposes for its foliage color and winter bloom time.

Since the plant grows at a fast rate, it is a perfect choice for groundcovers, beds, and borders.