Of all the many kinds of plants you can grow without ever seeing the light of day, Rex begonias are one of the most satisfactory. 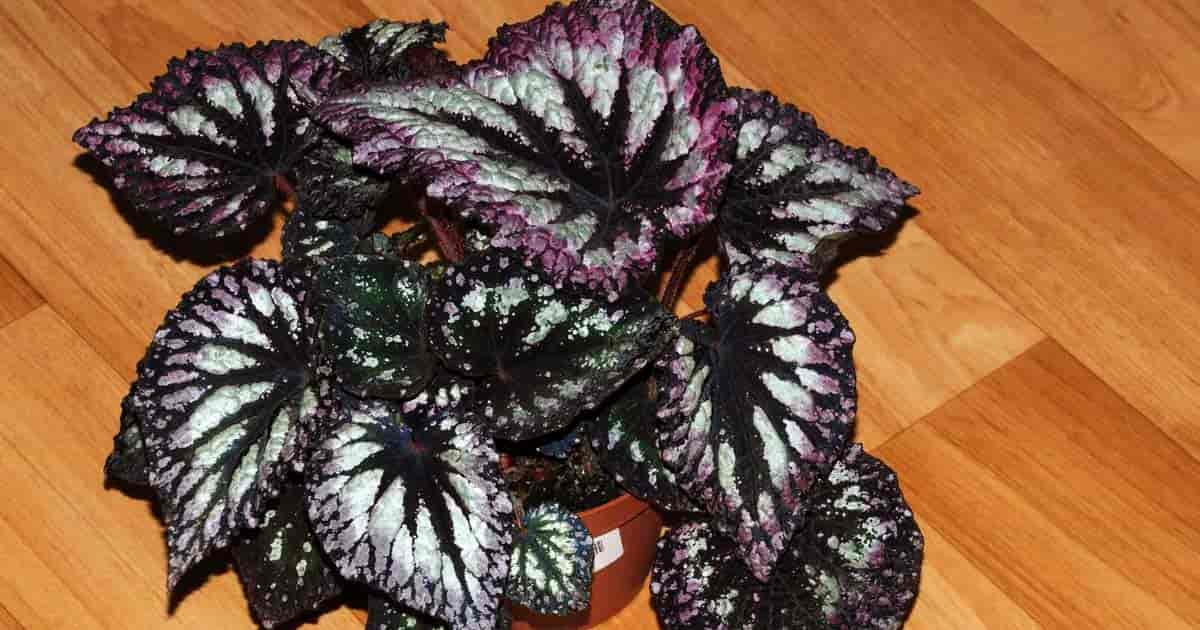 Perhaps because they’re primarily foliage plants, and don’t require great quantities of sunlight, something no electrical engineer has yet managed to reproduce.

Or perhaps because artificial lights provide something, not yet discovered, which rexes need.

Whatever the reason, it is apparent – Rex begonias like the artificial lights.

Angel wings drop their leaves, and won’t even consider making a bud.

This makes many indoor growers happy because their house has no good growing facilities like picture windows.

No Space For A Greenhouse – Try The Basement

Their lot has no space to spare even for a lean-to greenhouse.

However, some houses have a basement large enough to hold shelf upon fluorescent-lighted shelf they can keep warm and humid.

This is the rex begonias’ growing area.

Their “showing” area is upstairs, where fine specimens are put on display for a while, then returned to the basement greenhouse and replaced with new plants.

And by the way, some Rexes can survive in a dark, darkish living room much longer than others.

Except for the artificial light, many grow Rex begonias much the same as more fortunate fanciers with suitable windows or honest-to-goodness greenhouses.

Using a potting mix is on the humusy side, enriched with bone meal and slow-acting fertilizers keeps nourishing plants when you forget weekly soluble feedings.

Some suspect that clay pots have a slight edge on the plastic containers, and allow the roots to breathe better. You should experiment to make sure.

Propagate successfully from leaves – with the propagation boxes also under lights.

Fluorescent-lighted shelves in the basement give you the privilege of collecting more different varieties than you could ever make room for without moving to another, larger space.

One point about lights is definitely in their favor.

At first, like other beginners, many do not realize that Rexes tend to go dormant for a few months in winter.

Many a puny looking resting plant is thrown out because its owner thinks it is dead.

Strangely, some never learn about dormancy for some time, because their Rexes didn’t die back.

Those without a fluorescent light growing area may experience seeing rhizome after rhizome with almost no foliage, but here and there a new shoot coming out as the plant returns to life.

This often does not happen in the fluorescent light grow room.

Is it because the Rexes have 16 hours of light a day, every day, with no days lighter or darker than others.

Perhaps the plants don’t know it’s winter – or at least, don’t realize how dark and dreary winter can be.

In earliest spring, when new growth arrives, it merely adds to the older foliage which has been quietly waiting out the temperate winter.

The Down Side Of Growing Rex Begonias Under Lights

On the other hand, one factor not in favor of artificial lights.

Many Rex leaves are not as brightly colored as those grown naturally.

For example, when compared with one on a light window sill, and the green is not quite so green, the red not quite so brilliant.

An expert could explain whether this indicates insufficient wattage, or whether it’s just a lack in the artificial light of any intensity.

Despite their tempered coloring, Rex begonias have brought prizes from flower shows.

And they have the broadest, most exciting variety of the brightest colors and patterns of any group of plants we know – grown under lights or not.