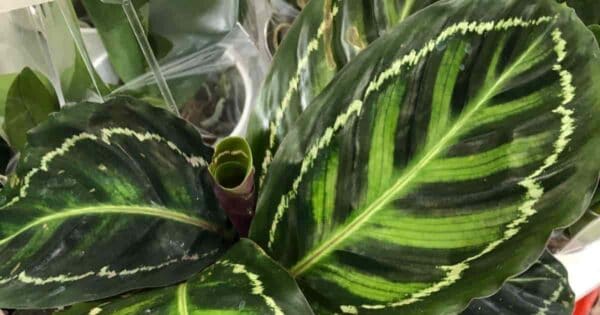 Nothing beats relaxing on a warm summer’s evening, sipping a mint julep or other relaxing drink and watching as your prayer plant slowly folds its leaves for the night. While 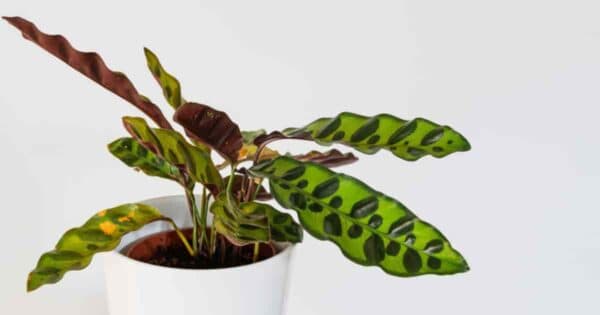 Calatheas are stunning plants, but not because of any flowers or spectacular leaf patterns (although some species are variegated). Instead, the 60 existing Calathea plants are among the most famous 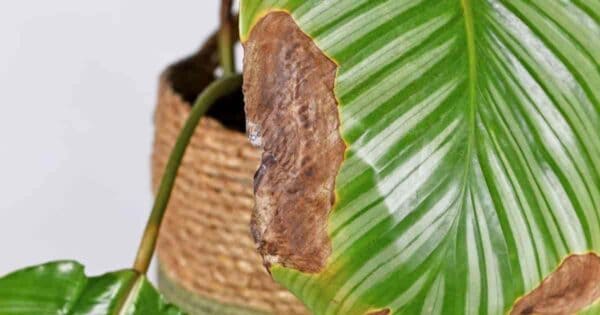 Some plants are cherished for their flowers, some for their foliage, and some, such as Calatheas, for their behavior. Calathea has around 60 species, although 200 former Calatheas are now 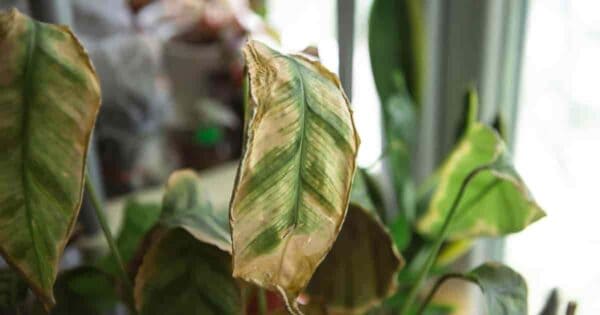 Plants are often collected due to unique features, and the genus Calathea is a perfect example. While these plants are relatively easy to care for, you can’t always keep your 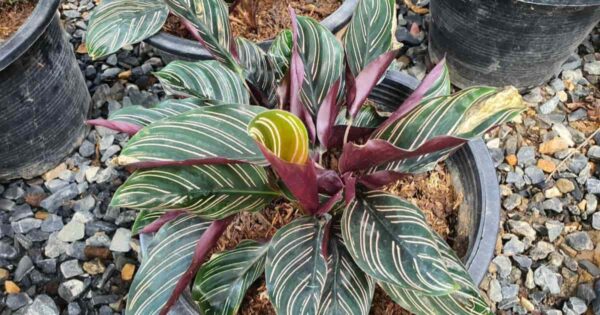 Calathea is a beautiful house plant many call the prayer plant. Their leaves open up in the day and close at night. Many varieties have beautiful foliage but are picky. 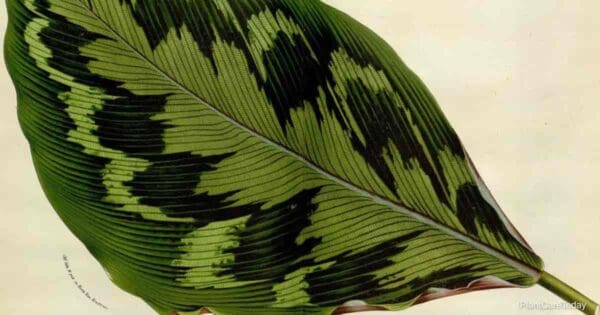 The Marantaceae family is often referred to as the prayer plant family for the many plants which famously fold their leaves in a prayer-like pose at night. Of these, the 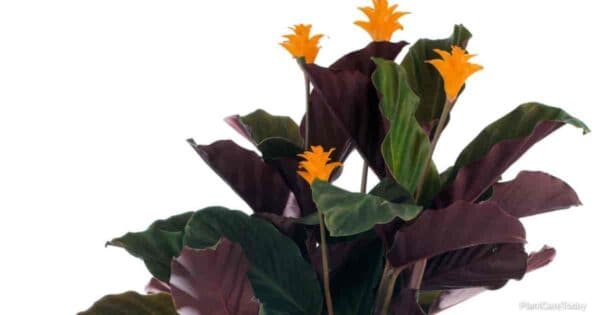 Before the Bangles graced us with their hit single, there was another eternal flame gracing homes all over the world: Calathea crocata (ka-LAY-thee-uh kro-KAY-tuh). The Eternal Flame plant earned its 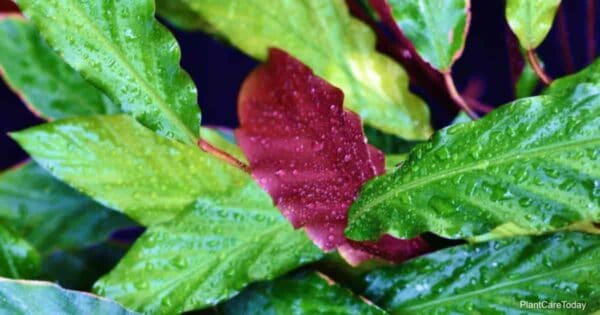 Calathea rufibarba (ka-LAY-thee-uh roo-fee-BAR-buh) originates in the tropical Americas, hailing primarily from Brazil. It is a member of the Prayer Plant (Marantaceae) family of plants. This tropical perennial has fuzzy, 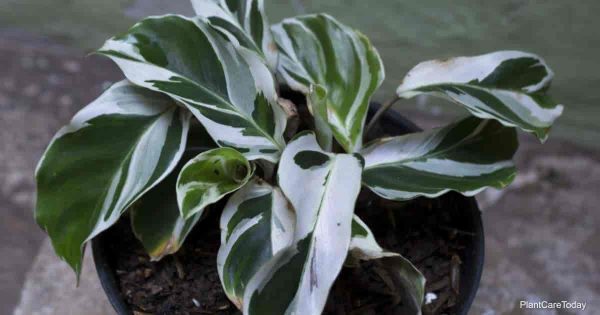 Prayer plants are commonly referred to by the genus Calathea (ka-LAY-thee-uh), although the scientific names frequently change. They consist of several dozen perennial species and almost 300 different cultivars. Among 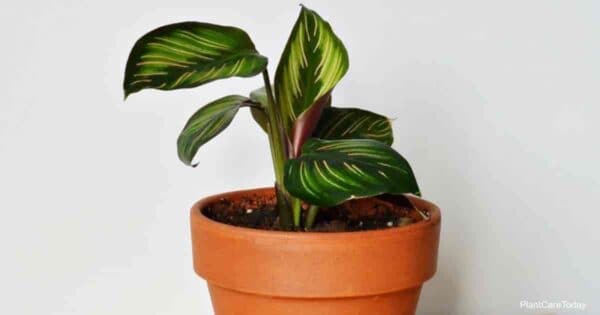 The Calathea [kăl′ə-thē′ə] “Beauty Star” is a lovely herbaceous perennial flower aptly named due to its attractive foliage.  You may hear Beauty Star referred to as: Prayer plant Peacock plant 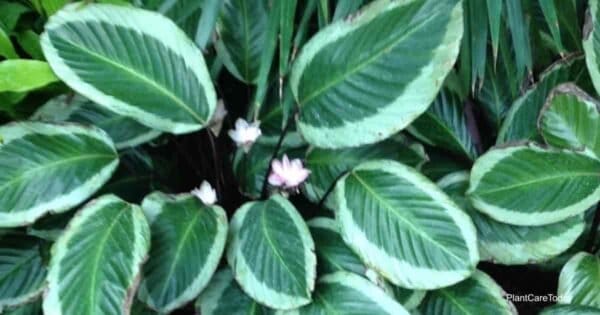 The most common form of Calathea propagation is a division at the time of spring repotting. It is easy to separate these into their own pots and treat them as you would mature plants. Separating young Calathea plants by untangling the roots with your fingers. Other times, you may need to use a very sharp, sterile blade to separate the roots. This article shares details on propagating Calathea. 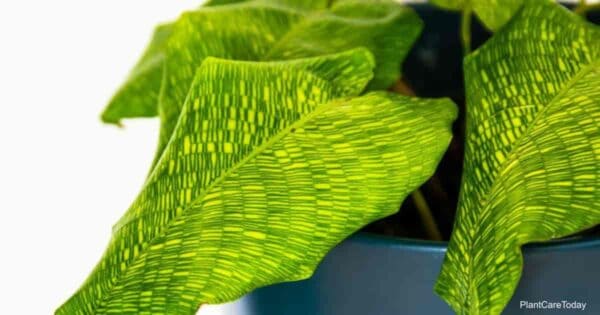 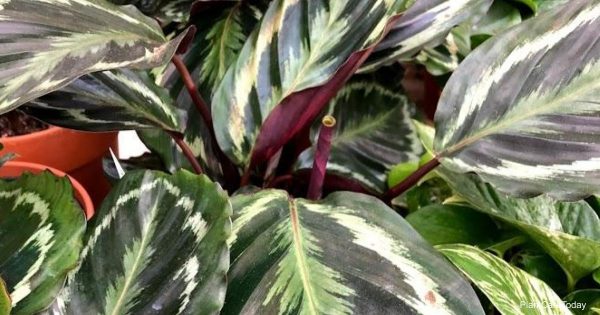 Calatheas have beautiful foliage with many having multicolored patterns. But what causes the leaves of a Calathea plant to curl? Everything from temperatures, improper watering, lighting, too much or not enough. [DETAILS] 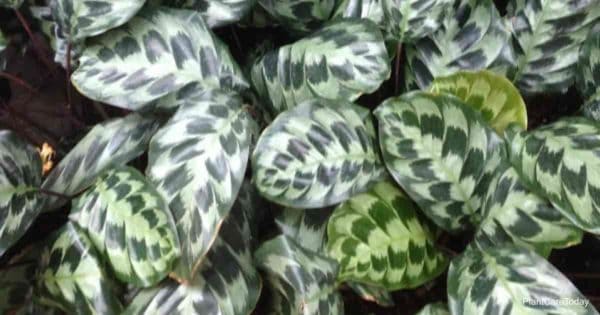 Hailing from South America, Calathea (ka-LAY-thee-uh) are herbaceous perennial tropical plants winter hardy in USDA hardiness zones 11 through 12. In most areas, it is kept as a houseplant.  There 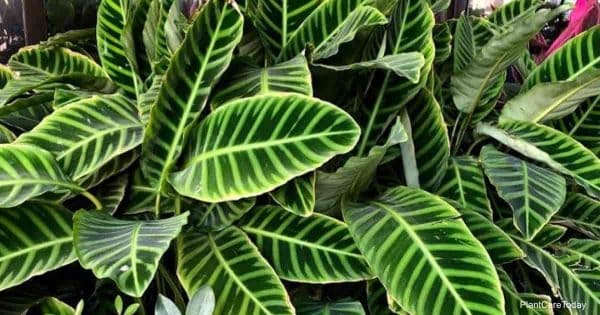 The leaves of Calathea Zebrina are deep velvet-green with broad parallel bars or stripes in a zebra-like pattern. The stripes extend alongside the veins and from the midvein to the leaf margins. Click on this article for details about Calathea zebrina growing and care. 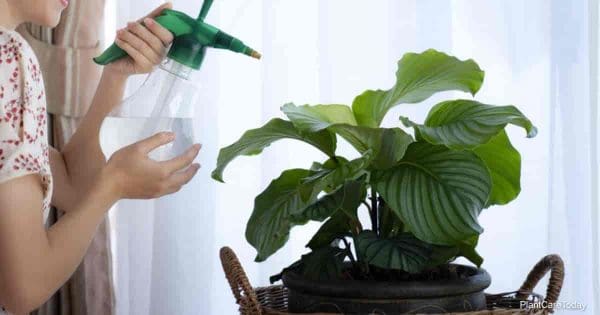 Several houseplants have become favorites among indoor plant enthusiasts, and Calatheas (prayer plants) have earned their spot on that list. From Calathea Freddie to the beautiful Calathea orbifolia, many variations 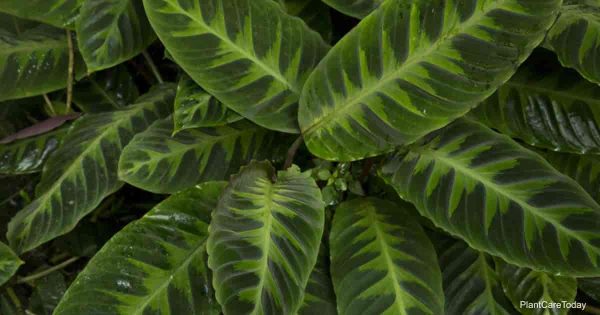 Calathea warscewiczii (ka-LAY-thee-uh vark-zeh-wik-ZEE-eye) has been through quite the identity crisis compared to other popular houseplants. Going by the common name Calathea jungle velvet (or just jungle velvet), the plant 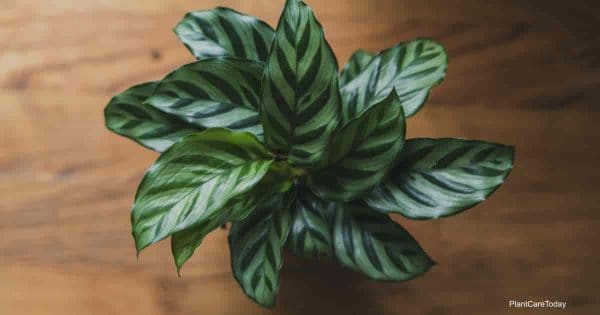 Calathea concinna “Freddie comes Brazil. The leaves are elongated and glossy with a light green color. The zebra stripe pattern on the leaf make Freddie and attractive plant for the home. [CARE INFO] 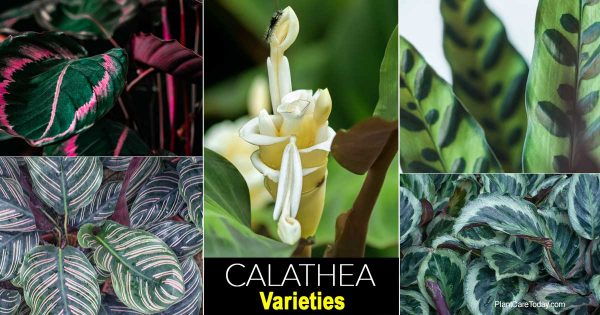 Calathea (syn. Goeppertia) comes from the family Marantaceae (Maranta). Depending on the variety, may sport stripes and other markings in shades of green, maroon, purple, and/or cream. 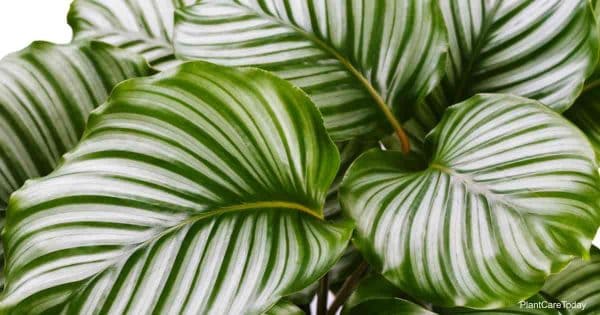 Calathea orbifolia (ka-LAY-thee-uh or-bee-FOH-lee-uh) is also known as Prayer Plant and is one of the prettiest of the Calathea plant family.  Calatheas are members of the Marantaceae or arrowroot family 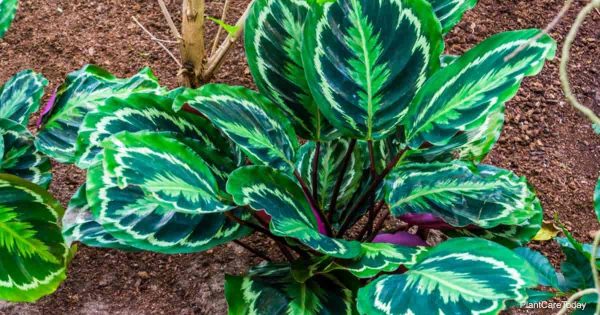 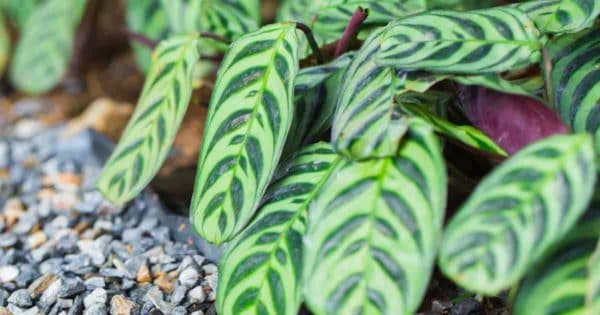 Featuring striking, striped foliage, Ctenanthe Burle-Marxii [ten-AN-thee] is an interesting houseplant and perfect for rooms without direct sun. As evergreen perennials, the leaves remain on display throughout the year. It 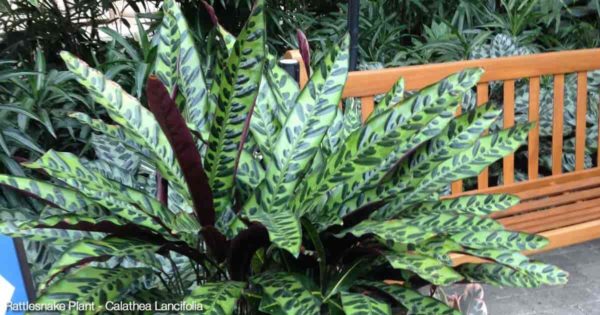 The Rattlesnake Plant Calathea Lancifolia [ka-LAY-thee-uh] [lan-sih-FOH-lee-uh] is also known as Calathea insignis. This beautiful plant has a striking appearance. The rattlesnake stands out when placed among a variety of 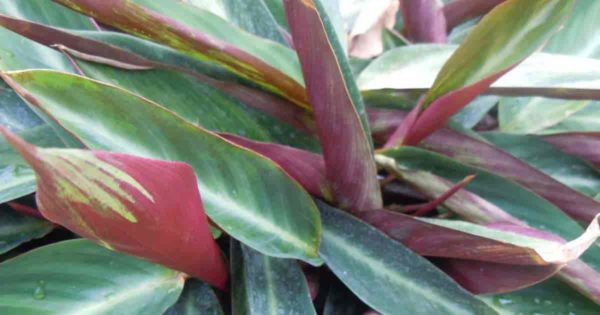 The Stromanthe sanguinea [stroh-MAN-thee] [san-GWIN-ee-a], is one of about 10 plant species in the Stromanthe genus part of the prayer plant family. The thin, long leaves of the plant give 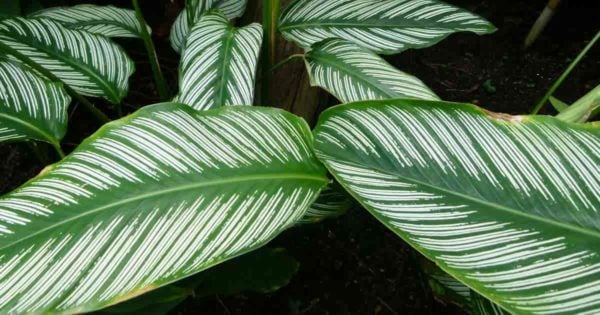 Pinstripe plant, Calathea ornata (ka-LAY-thee-uh or-NAH-tuh) is a member of the Marantaceae or arrowroot family. Plants in this family are also known as prayer plants like the Rabbit Tracks plant

Known as the peacock plant – Calathea makoyana [kal-luhth-EE-uh, mack-oy-AY-nuh] are attractive, colorful foliage plants hailing from Africa, Central America, South America, and the West Indies.  There are more than 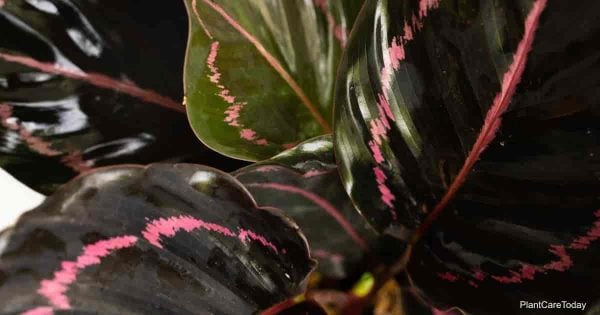 Calathea Roseopicta [ka-LAY-thee-uh, ro-see-oh-PIK-tuh] is a stunning evergreen perennial plant from the Calathea plant family Marantaceae. The Marantaceae family is generally referred to by the common name the prayer plant 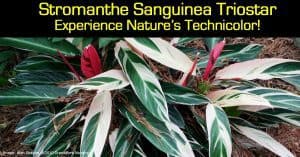 If there’s one plant that tops every list of tropical landscape plants, then that is Stromanthe sanguinea. This “calathea – rattlesnake – plant relative” is often sold under the name ‘Tri