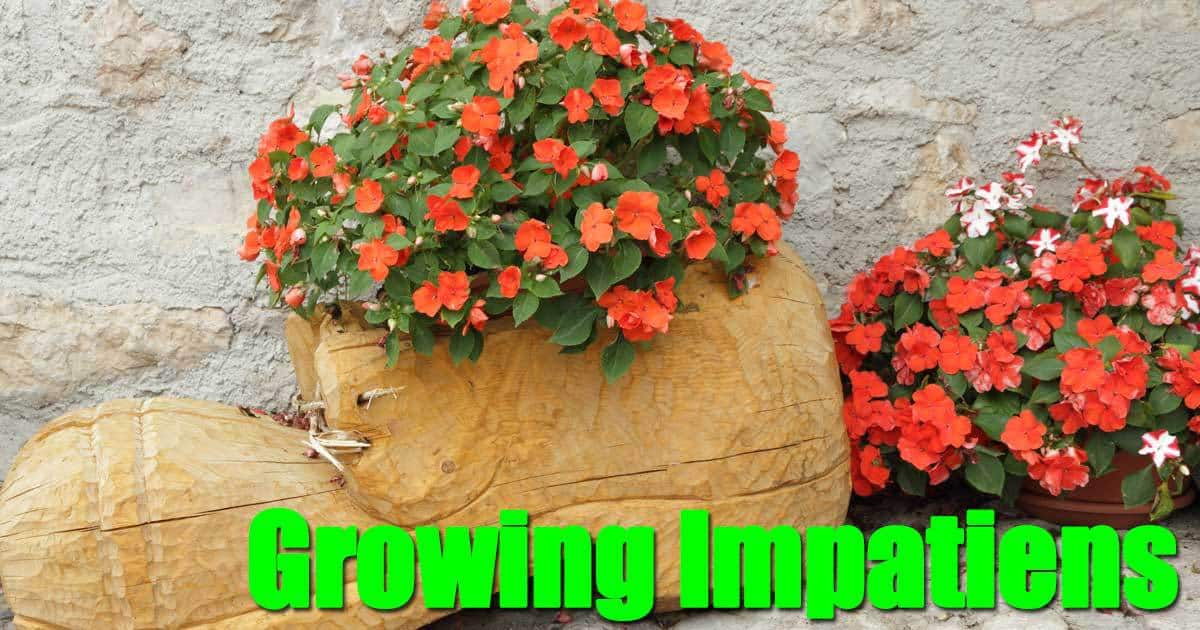 That could be the reason why the value of impatiens for easy, continuous color in the shade is frequently disregarded or overlooked.

It may be from the confusion that has resulted from the various names attached to these tender annuals and perennials.

The beloved, old-fashioned garden balsam, Impatiens balsamina, is quite different in character and in requirements, but belongs to the same family and sometimes gets involved in the general mix-up.

When you add the fact that impatiens plants are popularly known as bedding plants for outdoors, it is not surprising that they are sometimes forgotten as attractive, delightful, all-summer brighteners for pots or containers in partial shade outdoors.

Because impatiens are so easy to grow from seeds, just as any annual, they can be grown in quantities to furnish intense, luminous color. The vibrant impatiens colors the blooms provide are seldom equaled in any bedding or pot plant.

Other species you can try include:

Where and How To Plant Impatiens – Almost Anywhere

When planting impatiens plant, it ask nothing more than a reasonably fertile, humusy well-drained soil and plenty of moisture. They will bring a cheery look to dreary corners and under trees.

The uses for dwarf impatiens are limited only by the amount of shade your garden offers. They can be glowing edgings for path or borders.

They are pixie-cute, spraying color around gray rocks; beaming at the bases of evergreens; loveliest of all with ferns; perfection in window boxes and doorstep planters. In fact, it is difficult to think of any shady nook that is not made lovelier with impatiens! 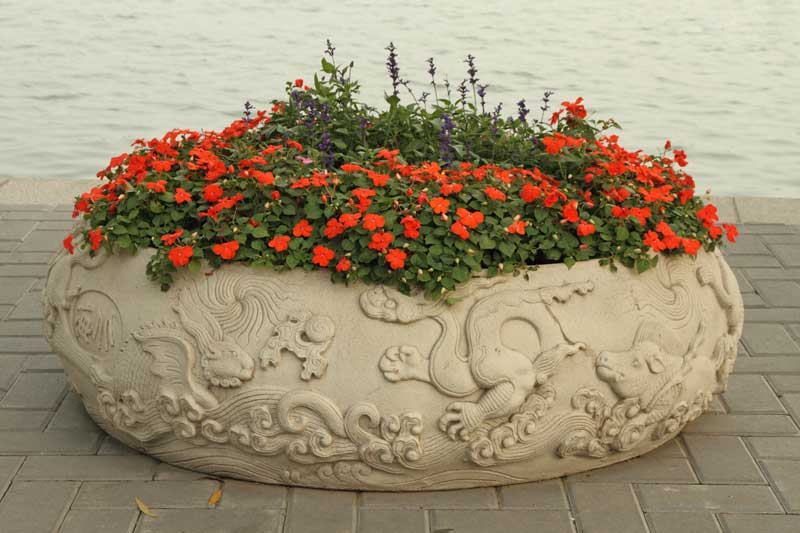 The dwarf impatiens do not exceed eight inches in height. They have a flat, spreading growth, each plant covering a foot or more of space. Each is a lovely bouquet of bright scarlet, brilliant orange-scarlet or luminous salmon-rose. A dark-foliaged dwarf that is stunningly contrasted by clear, sparkling orange blooms is one called ‘Orange Baby.’

If taller color is needed for shady areas, then Impatiens Sultanii and Impatiens Holstii varieties are excellent. These are perfect for bedding use with their attractive olive-green foliage, and thick, succulent stalks.

They are topped with bright, two-inch flowers that are gracefully spurred and may be scarlet, rose, pink or white in color. Impatiens Roylei is exquisite with jewel-toned flowers of lavender-purple. It truly deserves the name glow-in-shadow for its blooms have a radiance that is indescribably lovely in deep shade.

Impatiens are easy to grow from seeds. Sow on finely sifted pot soil, or on any of the starting mediums you may prefer – such as vermiculite or horticultural milled sphagnum. Press the impatiens seeds into the medium but do not cover them.

For impatiens walleriana and most species of genus impatiens, the seed pods explodes when ripe. This is an evolutionary adaptation for the process of seed dispersal.

Keep the seeds moist at all times and in warmth (70 to 75 degrees). They require ten to 15 days to germinate and their progress is rapid.

In a short time they can be put into hang baskets, individual peat pots or into flats of loose, humusy soil to be grown on inside until frost danger is past. April-sown seeds will give plants in bud and bloom to set out by the first of June, although they will be unbranched.

Impatiens are excellent pot plants. If there is any question of tree-root interference in their prospective growing place, grow them in large pots or containers.

Dwarf varieties are particularly useful this way, each in a five-inch pot sunk to its rim wherever color is needed. Any area that is not troubled by tree or shrub roots can be used for direct, in-the-ground planting of all impatiens.

A mulch will maintain moisture for them. They need no special care to go right on with their non-stop blossoming from the time they’re put out until frost.

Application of a mild dilution of a balanced slow-release fertilizer at three-week intervals keeps them at peak performance.

Impatiens plants like the impatiens wallerana normally don’t get into much trouble with infestation and plant diseases. However, some issues may develop occasionally. Due to this, it is still best for gardeners to gain knowledge about these problems and know how to prevent them from happening.

Impatiens downy mildew makes one disease that spread in the recent years and greatly impacted the production of many impatiens species. Other problems or illnesses of these plants such as wilting may come as a result of overwatering, too much heat or excessive application of fertilizers.

Many pests in the garden may affect the growth of impatiens. Some of them include mealybugs, aphids, spider mites. and thrips. These causes curled and distorted leaves.

On the other hand, the tarnished bug caused dwarfed or deformed impatiens flowers. Nematodes can also cause wilting of many infested varieties. For cases of cuts on the stems and leaves, these may be brought by cutworms.

To protect your plants from pests, the use of neem oil can eradicate most of them. You can also try solarizing plant beds in your garden and applying diluted fish emulsion.

Three or four-inch tip cuttings root quickly when placed in water, or in a moist medium such as vermiculite or peat moss and sand.

It is possible, then, to keep impatiens plants from one season to another by taking tip cuttings in the fall and wintering them indoors. Or, they may be grown anew from seeds planted each year in your garden.

The value of these annuals for continuous, appealing color in places where most annuals give up sells them at once. If you are facing an old or a new shade problem, stop struggling — let impatiens do the work!