Known for their lush foliage, long blooming period, and beautiful supersized and colorful flowers, hydrangea plants are one of the most popular garden plants.

They’re a genus of flowering plants from the hydrangeaceae family containing about 70 to 75 different species displaying a variety of textures, sizes, and colors of flowers. 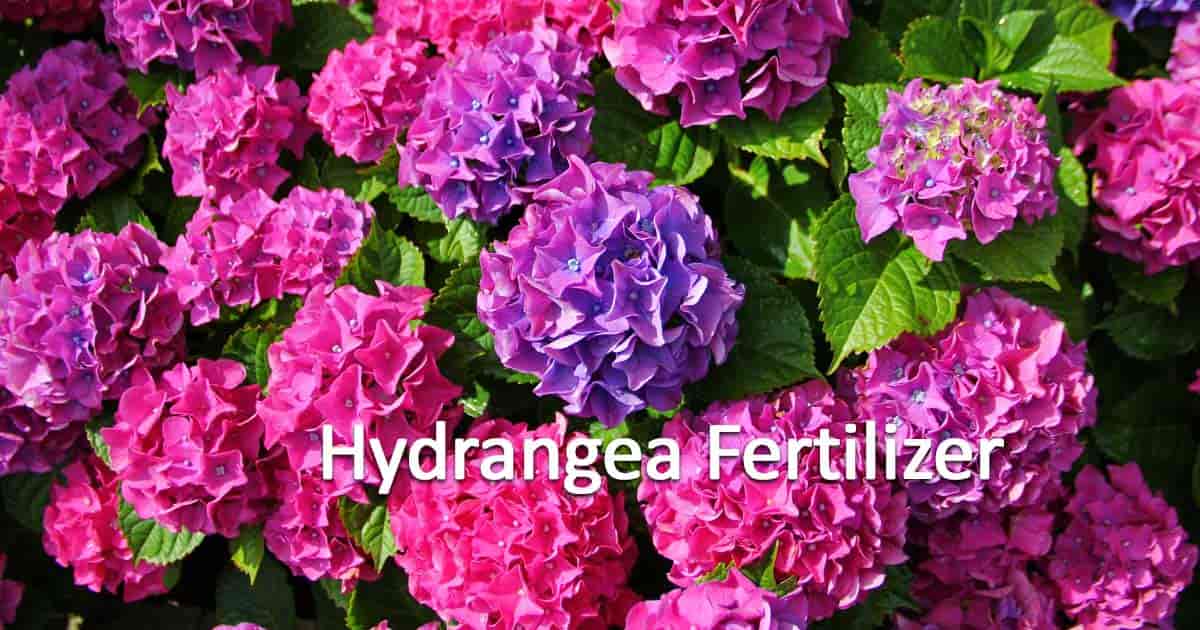 The plants are native to Asia and the Americas with China, Korea, and Japan having the most number of species.

While hydrangeas are resilient and easy to grow, be careful feeding these plants as adding too much fertilizer causes dense foliage growth at the expense of flowers.

What is The Best Hydrangea Fertilizer?

Although there are specialized fertilizers available for hydrangea plants, they do well in any all-purpose fertilizer.

Choosing the best fertilizer depends on the species of hydrangea and your goal.

For example, using a fertilizer containing a higher concentration of phosphorus helps to encourage blooming.

However, if the hydrangea species you are growing produces blue flowers and you want to maintain the color, use a low-phosphorus formula as the chemical binds to the aluminum present in the acidic soil and reduces the amount of aluminum available to the plant.

Aluminum is an essential ingredient for the production of blue flowers.

More on –> How To Make Hydrangeas Blue

Some specially-formulated hydrangea fertilizers, also called soil additives, help change the color of flowers in some hydrangea species by altering the pH of soil.

For example, the chemicals containing sulfur makes the soil more acidic, which then will cause the flowers to turn blue or purple.

Similarly, an additive containing potassium and calcium carbonate helps to shift the pH of the soil to basic, which then produces pink-colored flowers.

When and How to Fertilize Hydrangea Species

Like many other flowering plants, hydrangeas should be planted in a soil rich in organic material and should be allowed to establish for about four to eight weeks before fertilizing.

The organic material, such as compost, leaves, or bark, increases the nutrient level of soil and work like organic fertilizer.

There are two essential things to remember when it comes to fertilizing hydrangea plants:

The feeding requirements of hydrangea plants may vary a bit depending on the area you live in, but they don’t need to be fertilized too often.

For example, if you live in northern regions, feeding once a year in June or July is enough.

But, fertilize your hydrangeas twice during the summer, May, and July, if you live in the South.

Do not fertilize hydrangeas after August because, by this time, the plants start preparing for dormancy.

Applying fertilizer during the fall may produce new growth, which would be too soft to withstand the cold winter weather and makes the plant susceptible to damage.

When fertilizing hydrangeas, make sure to sprinkle the granules evenly around the drip line of the branches and mix them with the top layer of the soil.

Make sure the fertilizer doesn’t accumulate around the main stem and water thoroughly after applying the fertilizer as it helps to activate the granules.