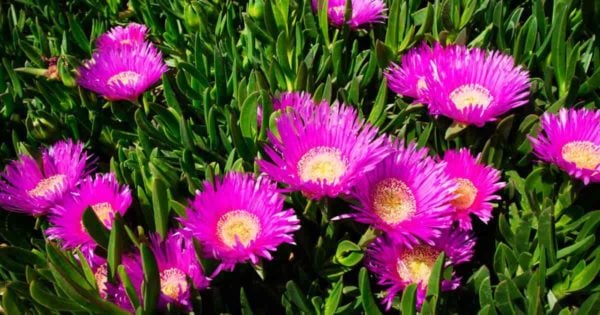 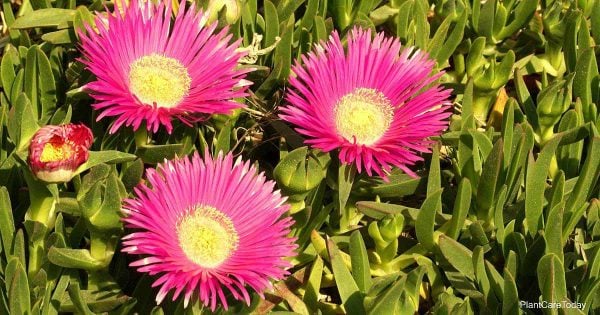 Delosperma cooperi (del-oh-SPUR-muh koo-PER-ee) is a South African native performing well in the United States in USDA hardiness zones 7 and above.  The plant is an enthusiastically growing, succulent, evergreen 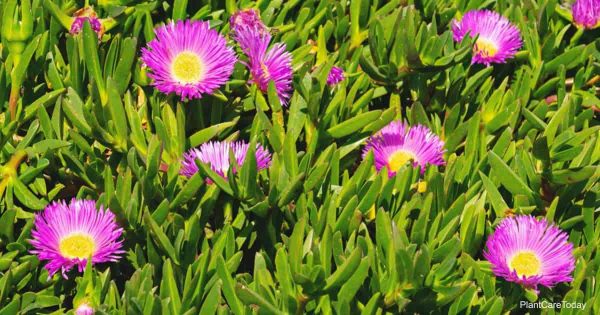 The ice plant is the common name of the popular Delosperma Cooperi (Del-oh-SPUR-muh Koo-PER-ee) species. However, there are many other plants called the common name “ice plant”. This drought-tolerant plant 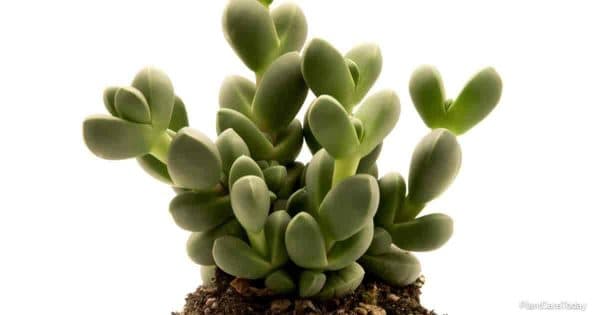 Corpuscularia lehmannii [kor-pus-koo-LAY-ree-uh] [lay-MAH-nee-eye] is a compact succulent with thick blue-green leaves.  The species is currently threatened in its native region due to invasive species and habitat degradation.  It’s mostly 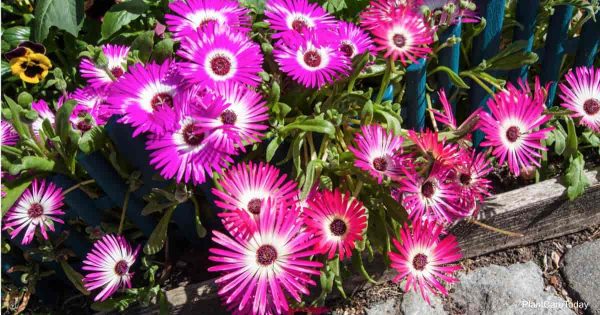 Want to light a floral bonfire? Then try some plants of the mesembryanthemum group (ice plant) in your garden or on your pot plant shelf. Probably no other plants offer 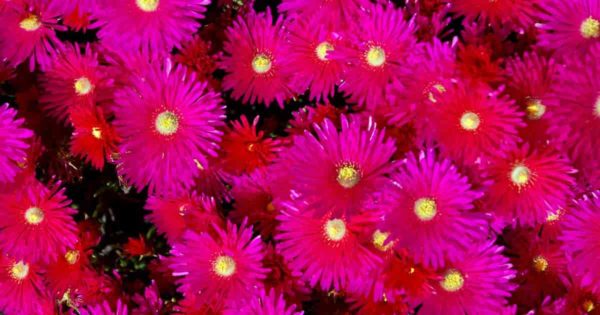 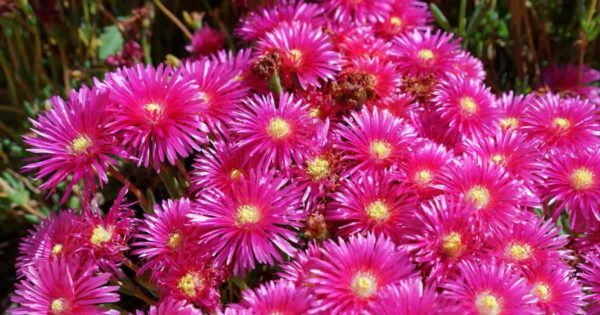 Carpobrotus Chilensis (kar-poh-BROH-tus chil-ee-EN-sis) is a succulent plant that belongs to the Aizoaceae or fig-marigold family. It is also known as Mesembryanthemum chilensis. It’s a species of the Carpobrotus genus and 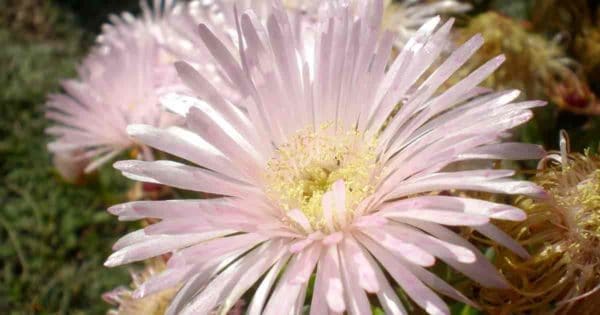 Lampranthus blandus (Lamp-pran-TH-us BL-and-Dus) known as Midday flower for a reason – the plant produces brightly colored flowers that look a lot like daisies. However, Midday flowers open up only 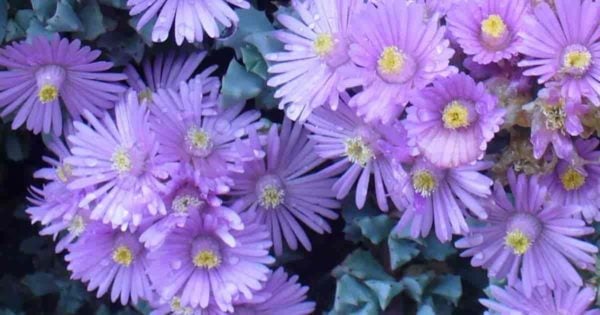 Oscularia deltoides (os-kuh-LAR-ee-a del-TOY-deez) is also known as Lampranthus deltoides. Its common names include: Pink Ice Plant Deltoid Leaved Dew Plant It is a succulent plant in the ice plant 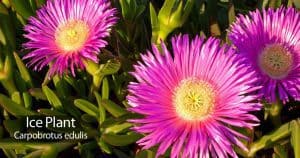 Here the deal on Ice Plant Care – it is pretty easy! The Ice Plant, is a cold-hardy succulent hailing from Africa of which you’ll find lots of varieties. The