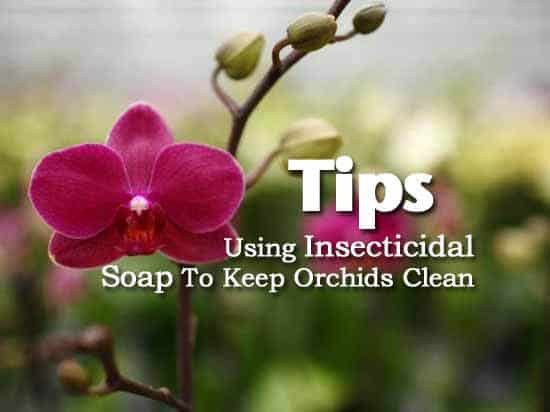 No one wants to play with chemicals if possible, that is where insecticidal soap and orchids play an important role for those who grow these beautiful plants. Depending on the orchid species some also like to use neem oil or horticultural oil.

Buy them pre-mixed, or save a few bucks and make it yourself at home. Either way, they are an effective eradicator of many invasive orchid pests, including aphids, mealy bugs, thrips, scale insects and repelling spider mites.

More on using insecticidal soaps and orchids from the pros at Just Add Ice Orchids.

Orchid In Bud For Several Weeks But Not Opened

Question: One of my orchids has been in bud for several weeks, but it has not opened. Should I give it some kind of special care to get it open?

Answer: If the orchid plant is a cattleya, its sheath may show for months before the buds appear. After the buds break from the sheath they should bloom quickly.

Nothing can be done to help the buds to open after they emerge from the sheath.

If the root system of the plant is strong and healthy, the buds should open without any delay. Decreasing the water and holding the plants at a little lower temperature will improve the flowers if they do open.

Too much water, too high temperatures, lack of ventilation and lack of humidity may damage the buds while they are still in the sheath and when they emerge the stem rots and the blooms refuse to open.

Likewise, a plant with a poor root system may produce buds and not be able to open and mature them.