While the plant is native to southern Europe, it is cultivated in the entire continent due to its unique appearance and traditional beliefs attached to it.

For example, in the Roman tradition, the plant is believed to protect buildings from lightning strikes – many of the plant’s common names reflect this belief.

Known to humans for thousands of years, Sempervivum Tectorum goes by many plant names, the most famous and widely used of which is Common Houseleek.

William Thomas Fernie, the author of Herbal Simples Approved for Modern Uses of Cure, shares a story to describe the hardiness of houseleek.

In his book, he narrated:

“A botanist tried to dry a houseleek plant for his herbarium for eighteen months but failed.

He then replanted the houseleek to its original site where it started growing again as if there had been no interference in its regular life.”

Other Sempervivum Tectorum common names are:

Houseleek is an evergreen, perennial, and low growing succulent plant forming thick and large rosettes of green leaves, which sometimes have purple-colored tips.

The plant is easy-to-grow, hardy, and long-lasting.

The mother rosette of roof houseleek grows about a foot long, upright leafy stalks over which the cymes of red-purple flower petals.

Sempervivum Tectorum thrives in full sun at a moderate temperature but provide light shade for the plant in extreme heat.

Since hens & chicks is a succulent plant, it doesn’t need to be watered every day.

The best way to water hen and chicks (or water any succulent plant) is to water it generously once, so much so the soil is completely soaked and the water starts to come out of the drainage hole (in case of a potted plant).

Then leave the plant on its own and do not water again until the soil has completely dried out (it may take a week or even two depending on the climate).

As a general rule, remember water requirements of succulent plants are highest in spring and summer when they are actively growing, and gradually reduce as the weather changes, reducing to a minimum in winter.

While sempervivum tectorum can grow well even without fertilizing, experts suggest feeding it once with a controlled-release fertilizer at the start of every season.

A liquid fertilizer, however, would need to be applied once a week, in diluted form.

Use a fertilizer with lower nitrogen concentrations on young plants and balanced fertilizer, at 1/4th strength, to feed the mature houseleek plants. 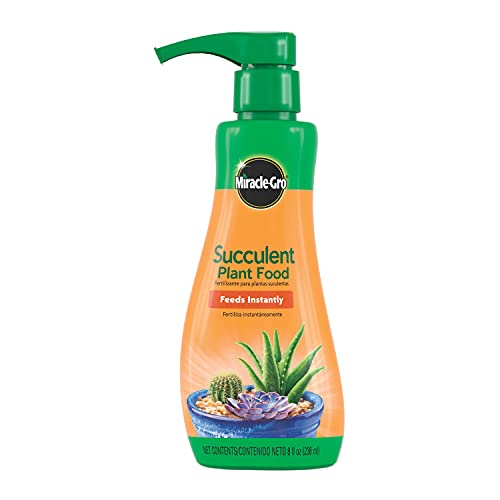 Homewort requires light and well-draining gravelly soils or a succulent soil mix with a neutral pH for proper growth.

Transplantation of offsets should preferably be done in warm weather.

Before taking a young plant out, make sure the soil is completely dry.

Remove damaged, rotten, or dead roots and treat any wounds or cuts with a suitable fungicide before planting in the new pot or at the new site.

Do not water the plant for about a week after transplanting as it could cause root rot.

Since St. Patrick’s cabbage is evergreen and hardy plant, it does not have much maintenance requirements apart from ensuring the proper drainage of the soil.

Waterlogged soil can damage or even kill the houseleek.

How To Propagate Houseleek

Common houseleek plant is called hen and chicks because of its natural growth habit.

The original or mother rosette (a hen) readily produces offsets (chicks) during the growing season from horizontal stems or underground roots, in all directions.

The plant can easily be propagated by dividing these naturally produced offsets.

Here are a few tips you should remember and follow for successful propagation of this plant:

A few varieties of houseleek plants can develop Endophyllum rust, a type of fungal disease. The plant can develop crown rot.

However, both these problems develop due to overwatering or poorly drained soil.

It is easily prevented by growing the plant in dry conditions.

It is deer resistant.

Question: Are hen and chicks poisonous?

While these beautiful succulents grow slowly in height, it readily spreads to about 3’ feet horizontally, making it a good choice as a ground cover.

The plant is also grown in many areas for certain medicinal purposes and traditional beliefs. Examples include treatment of ear inflammation, ulcer treatment,

Sempervivum Tectorum is considered alpine or rock garden plants, because of their hardiness and for being drought tolerant.

Tuck them into rock crevices and drape over walls for added privacy or beauty.

The juice from the plant is used as an astringent and the edible leaves are used for sore throats.