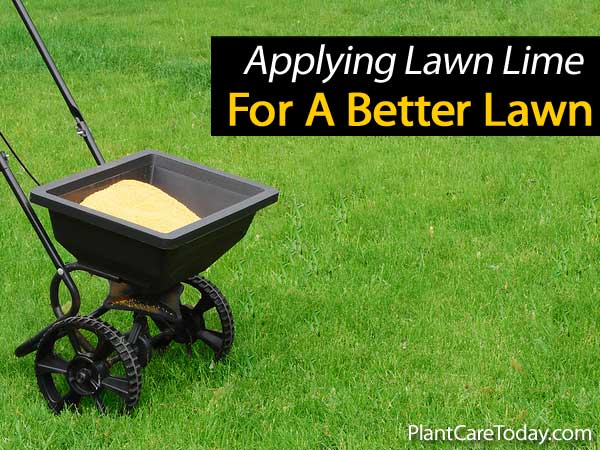 Summary: Put lime on lawns with acid soil is a corrective action to help neutralize lawns. When soil is excessive acidity it hinders the growth of lawns and are subjected to more frequent attacks by fungus diseases since fungal generally thrive in an acid medium.

Question: We have heard that an application will help grass grow plus help improve the health and texture of our lawn. Can you explain the benefits and why liming is a good idea. Matt, Lynchburg, Virginia

Answer: Matt, the value as an aid in producing bigger crops on some soils has been recognized for many years. This is not because lime is valuable as a plant food elements, but because it neutralizes low pH.

A large percentage of lawns and other grass areas do not require it, the lawn soil condition being such that nothing would be gained by liming, and some harm might even result.

When actually needed, lawn lime application may prove of great benefit to lawn. Soil lime works to help correct low pH. It helps in making certain plant food elements available to lawns, and, in addition, it is a direct source of calcium and magnesium, which grass plants need in small amounts. 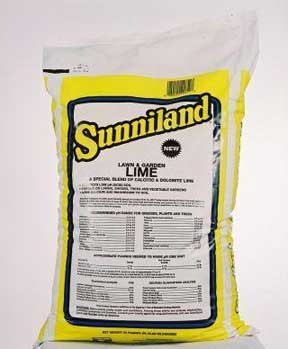 It should not be considered as a substitute for fertilizer. It does not provide those food elements that are of such vital importance to lawns and which are lacking in practically all soils, namely, nitrogen, phosphorus and potassium.

For simplicity’s sake, chemists have devised a scale for designating hydrogen ion concentration or intensity of low pH. The unit of measurement is known as soil pH for grass. The neutral point on the scale, indicated by 7 is the pH value of distilled water. Values lower than pH level 7 indicate degrees of acidity while those higher indicate degrees of alkalinity. The lawn pH values represent intensity of acidity or alkalinity and not quantities of acid or alkali present.

Fortunately, lawn and turf grasses will thrive over a wide range of pH, although the moderately low pH soils varying from pH 6.0 to 6.5 probably are best. If pH is lower than pH 6, lime will be needed. Soils can be too alkaline for lawns but this is rare.

Excessive low pH hinders the growth of lawn. It interferes with the activity of certain bacteria which change raw plant food elements into forms usable by lawn. Undue acidity, preventing decay of organic matter, may mat the turf with dead roots which will diminish the circulation of air and water in heavier soils.

A turf on an extremely low pH soil may be subjected to frequent attacks by lawn fungus diseases since the causal fungi generally grow better in an low pH medium.

The appearance of grass as an indication of low pH is not to be trusted. There is some evidence of the need of it in a shallow lawn root system, the appearance of certain weeds, and otherwise unaccountable lack of response to fertilizer. Several causes connected with food supply, soil texture and drainage, may produce similar appearances. The sure way to know if lime is needed is to learn the pH value with a soil test.

Putting greens and other areas that have been much stimulated by low pH producing fertilizers are often very low pH, especially if the sample has a natural tendency toward lower pH.

The growth of moss may be the result of an low pH soil but is more likely to result from a deficiency in plant nutrients, poor drainage or excessive shade.

To use unneeded lime on a soil is wasteful and may be harmful. If a laboratory test of the pH value of the soil shows that lime is needed, it should be applied properly, in the best form, at the best time, and in the required amount.

Lawn lime is most effective when mixed with the soil to the normal depth of the lawn roots. On an established lawn where only soil surface application can be made, penetration is best accomplished during periods of alternate freezing and thawing. Therefore, it is best to make application in the late fall, winter, or early spring.

In case of a newly prepared seed bed, lawn lime can be raked or mixed into the upper six inches. The season is of no consequence except that application is best made several weeks or even months before seeding.

It may be applied after plowing under a green manure crop or a heavy stand of lawn and before preparation of the seed bed. This will stimulate the bacteria that break down the organic matter and liberate plant food.

The term lime, referring strictly to calcium oxide, has been broadened to include various commercial compounds of calcium and magnesium which are commonly used to overcome low pH what is called “dolomite lime” or “dolomitic limestone”. In most localities the only suitable forms are ground limestone and hydrated lime.

Ground limestone is native limestone crushed to an effective degree of fineness. For overcoming low pH, it should contain about 50 per cent of calcium oxide and should be fine enough so that about 75 per cent will pass through a 100 mesh screen and all through a 20 mesh screen.

Agricultural lime, also known as garden lime, aglime, comes from pulverized chalk or limestone. The primary active component in this type of lime is calcium carbonate. Additional chemicals that may be included are magnesium oxide, magnesium carbonate and calcium oxide.

Hydrated lime is made by heating ground limestone to such a temperature that the carbon dioxide and water are driven off. This makes burned lime, which is very caustic. By slaking with a fine spray of water as the burned lime is forced through a blower, hydrated lime is formed. A good quality soil tests about 75 per cent calcium oxide.

A prescription for the use of lawn lime cannot be written unless an accurate soil test is made. When the pH level and the soil type are known the proper amount of a given form may be calculated.

Except in extreme cases, the quantity required will vary from 50 to 100 pounds per 1000 square feet, or from one ton to two tons per acre.

In liming established turf areas, not more than 50 pounds per 1,000 square feet should be used in a single application. If more is needed the application should be divided among several seasons. In preparation of a new seed bed, the entire quantity desired may be added at one time, but it should be thoroughly harrowed or raked into the upper five or six inches.

It is especially difficult to change the reaction of silt or clay that is well fortified with organic matter; hence such soils require more lime than a light, sandy soil having the same intensity of low pH.

It is far better to apply too little than too much. An overdose may upset the chemical balance of the soil, causing starvation of the grass plants and permitting certain weeds to gain control of the lawn.

It may be broadcast by hand or, better, with a mechanical spreader such as used for lawn fertilizer. Such spreaders are available in small sizes for home use, as well as in large tractor-drawn equipment.

It is important to spread evenly since it will not move laterally through the ground, but only downward. On established turf areas, it should be washed or brushed off the grass leaves to prevent burning.

The need of a soil for lime may depend largely upon the nature of its parent material and upon the extent of leaching of alkalies.

Atlantic Seaboard and New England States are likely to hold low pH soils because of their derivation from granites, sandstones or shales. Also, soils in New York State and northern Pennsylvania tend toward lower pH, as do those of eastern Ohio.

In other parts of the country soils may be alkaline. In southern Pennsylvania there is much natural limestone. Beginning in western Ohio and extending through Indiana, Illinois, Wisconsin and into the far west, soils are generally of limestone origin.

However, it is not safe to infer the pH of a soil from the fact of its location in any such division of the country. There are many modifying factors. Conditions may vary, even on adjoining properties. The maintenance program may cause an alkaline soil to become low pH. Or, an alkaline condition may be maintained because of regular sprinkling with water that is strong in lime, or because of frequent topdressing with soil containing it. A soil test is always the safe guide when it comes to lawn care.