We’ve written about when to lime your lawn, and applying it in the garden and landscape as well. The use of lime for soil is a subject many homeowners write off as – unimportant. We’ll continue to bang the drum. 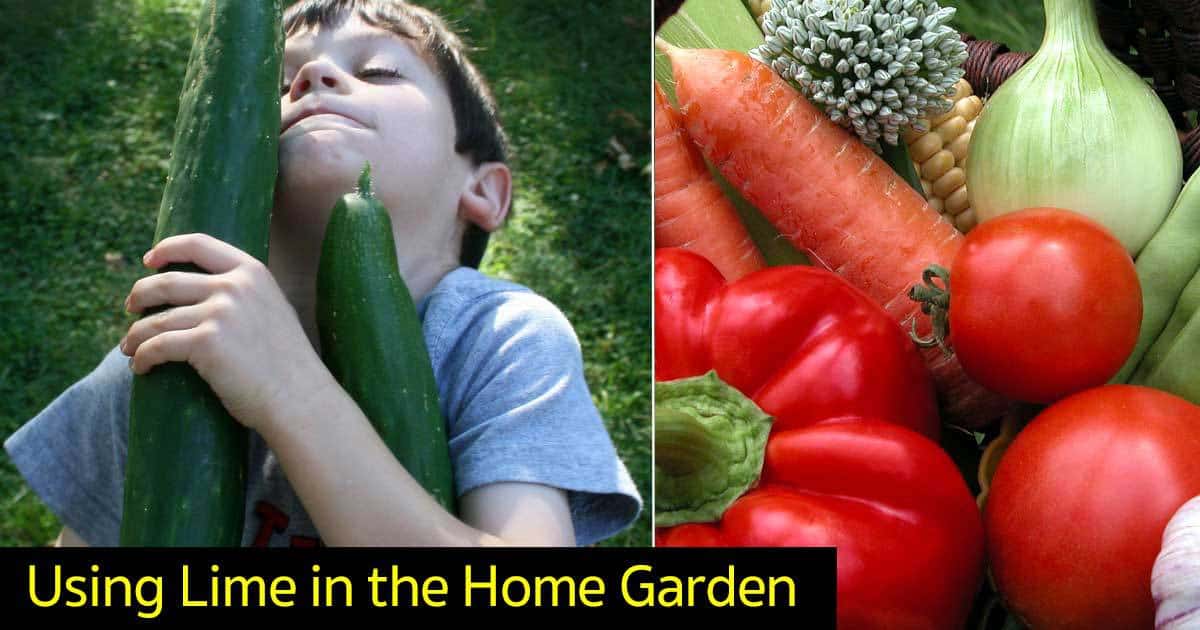 What Is Lime Used For?

Some garden experts suggest that lime is a soil amendment. Others claim that it is a soil conditioner.

These are both rather vague terms and leave the average homeowner/gardener still in the dark about the lime requirement.

Some authorities are more definite in their recommendations and say that lime is used to correct the soil structure and soil acidity. A few mention lime as a fertilizer, whereas others believe that it should never be considered as one.

Such general and conflicting statements are confusing to homeowners and may result in their hesitancy to use this rather cheap, innocuous white powder assumed to be of little apparent value.

Key To A Better Lawn and Garden?

However, as this “white powder” may be the key to a better lawn and garden, it behooves every gardener to gain a better understanding of its functions and value of gardening lime.

The first and most important purpose of lime is to change an acid soil to the proper reaction for the particular plants like vegetables to be grown.

When an expert is consulted concerning any trouble with plants and cannot immediately recognize the cause from the appearance of a plant, he will usually ask, “Is the soil acid?” Such a question would seem to imply that an acid soil is the cause of considerable trouble. You’ll confirm it is after you conduct a soil test using a soil sample.

The majority of plants commonly cultivated prefer a slightly acidic soil. Therefore, if the soil in your garden and lawn is medium to very acid it will be necessary to use lime to neutralize partially the garden pH and make it possible for you to grow vigorous, healthy plants. A great example of when to apply lime to vegetable gardens.

Conduct soil testing to know the pH levels and get a deeper understanding of the soil structure.

In acid soil, some of the desirable plant food elements are combined with other chemicals to form insoluble compounds.

Under such conditions, much of the plant food in the soil, as well as in the fertilizers which may be applied, will not be available to the acid-loving plants.

As soon as lime is used and well mixed with the soil, the acidity is neutralized, the reaction changed and the various plant food elements will form soluble compounds or soil solution readily available to the plants.

The accompanying chart illustrates this point. Although not strictly accurate chemically or in showing the relative proportion of the various elements, it should help to show how the availability of the nutrient elements changes with the soil reaction. 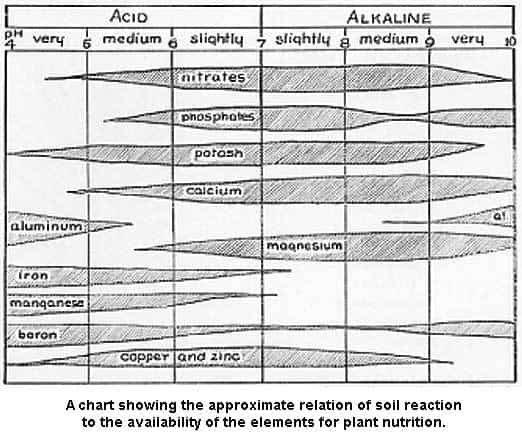 Note: The greatest total of the desirable plant foods is available in the column between pH6 and pH7 or when the soil is slightly acid.

Therefore, the majority of our cultivated plants grow best in this range. The undesirable element, aluminum, is soluble only when the soil is very acid or very alkaline.

You will also note that the essential trace elements – boron, iron, manganese, copper and zinc — become unavailable when the soil is even slightly alkaline. This will emphasize the care that must be taken when applying lime. Too much may be as bad, or worse, than too little.

Few homeowners/gardeners are aware of the tremendous activity which is constantly going on in a good garden soil. Thanks to different soil-forming factors.

Earthworms are improving the soil texture; bacteria are breaking down complex compounds in the soil and in fertilizers, converting them into simpler forms available to the plants; beneficial fungi are making humus out of plant roots, compost and other plant debris.

In fact, hundreds of different kinds of minute plants and animals, called microorganisms, are working to improve the soil. A tablespoon of good garden soil may contain a billion of them. Incomprehensible? It certainly is; nevertheless, it is true.

The presence of these microorganisms in action means the difference between a “dead” and “live” soil. As the soil becomes more acid, it becomes impossible for these organisms to live.

Hence the presence of plant and animal remains, thousands of years old, in bogs. The lime application to acid soils changes the picture within a few months, by creating conditions favorable to  plant growth and activity of beneficial organisms.

Here is an example helpful in visualizing the above: take two cucumbers, put one in a bottle of vinegar and the other in a bottle of ordinary, untreated drinking water, Within a few weeks, at a temperature above 75°, the cucumber in the water will be a shapeless mass of broken cells. The cucumber in the vinegar remains the same indefinitely. The acidity has killed the organisms in and around it.

For many years the value of lime through its calcium content has been widely known. However, it was mainly as a soil conditioner that the calcium served. As such, it neutralized lawn soil. For some time this was the only reason for using lime. It is still an important one, as previously described.

Over the years, soil experts have learned a great deal about the functions of the so-called “trace elements”. These are plant foods, such as boron, zinc, calcium, magnesium and others, which are used by plants in minute quantities.

The lack of any one of these, however, may be the deciding factor in the growth of plants. Both calcium and magnesium have been found to be essential to the growth of many plants.

Calcium is especially valuable in strengthening the cell walls of plants, much as it does the bones of animals and humans.

Magnesium is important in the synthesis of carbohydrates, fats and proteins, an essential constituent of chlorophyll and of help in producing good seeds.

Types Of Lime For Gardens

Various kinds of lime contain different percentages of calcium and magnesium. This should be stated on the bag or tag. It is because of its high magnesium content that the use of dolomite lime is used most often.

Here are other types of lime:

One or more of the following benefits from the use of lime may be given by various authorities. However, I would suggest that their value is definitely limited under average conditions. In most cases, the lime would have to be applied in unusually heavy doses for the benefit to be effective.

In clay soils, the fine particle sizes are stuck together into large units by certain properties in the lime. Thus a sort of “crumb” structure is formed, which provides better aeration and drainage.

Consequently, gardeners who have trouble with a heavy clay soil would be wise to use a soil conditioner for this purpose.

Adding lime also is of limited benefit in compacting sandy soils by adding its own fine particles to the sand particles, so making this type of soil more moisture-retaining.

Here, again the gardener would do better to depend upon some fine organic matter, silt or even clay.

Lime is of help in the control of garden pests. Lime, particularly the hydrated type, is very dusty, making it difficult for insects to breathe if they are covered with it or crawl through it.

However, road dust or some equally fine material might serve the purpose just as well. For many years lime was used extensively as a carrier for insecticides, but has since been replaced.

Lime is a good disinfectant. It is one of the oldest liming materials used by gardeners to control various diseases, both in the soil and on plants. Insofar as moisture is an important element in the inception and spread of diseases, and lime is helpful in drying this moisture, the lime itself might be considered beneficial.