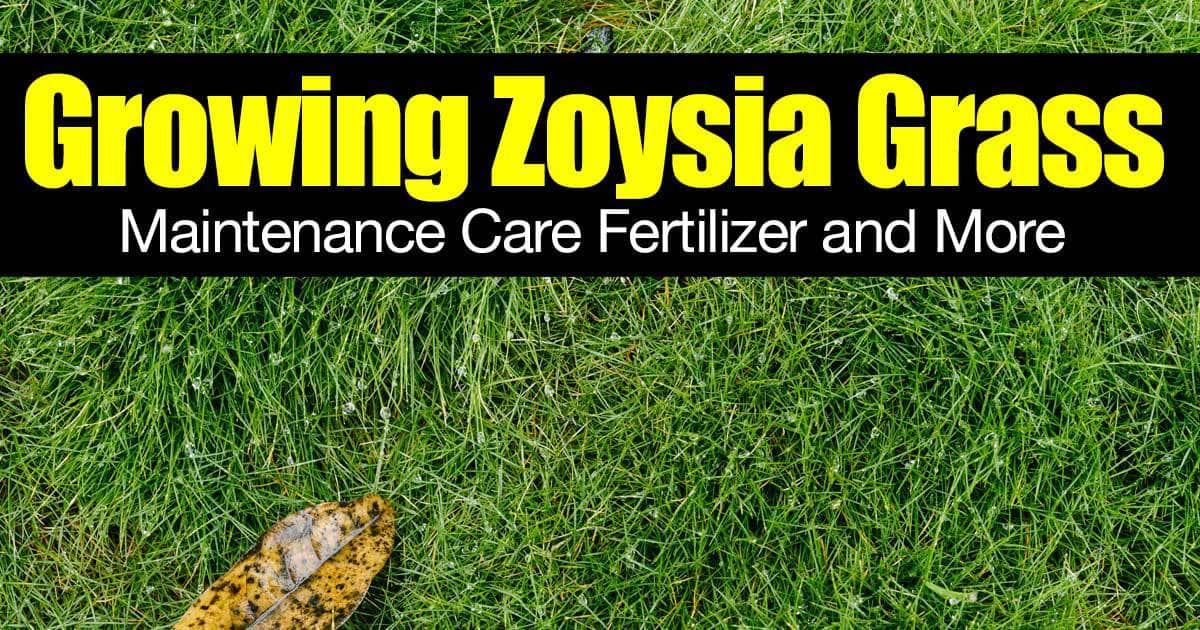 Question: Is maintaining Zoysia difficult? It is such a nice looking grass, we have been thinking about replacing our St Augustine turf with Zoysia? Does it need a special fertilizer? Martin, Jacksonville, Florida

Answer: Martin, Zoysia has been in the United States for decades.

Many people now have zoysia lawns or the start of one and many more homeowners are seriously thinking of replacing their current grass with this “different” type lawn grass.

There are, however, a few things which must be known about Zoysia turf before you can honestly say that it is the one for you.

Only when you know all the answers to your questions can you be in a position to gain the full benefit from a zoysia lawn.

Zoysia Not A Native

Zoysia is not a native grass; it was introduced to the United States from Korea early in the 1900’s. There are several species grown, the most hardy of which is Zoysia japonica.

After some years of testing and crossbreeding, one strain was finally approved and selected for release to the public.

In honor of Dr. Frank N. Meyer, who actually discovered the grass in Korea, the name “Meyer” was added. Consequently, the official approved name was “Meyer Z-52” zoysia.

The Z-52 was the ID used during testing. Commercial growers shortened the name somewhat to “Meyer” zoysia or “Z-52” – they are talking about the same thing.

Another grass called “Emerald” was developed along with a popular variety today called “Empire“.

Although it is extremely winter hardy surviving as far north as Maine – like all zoysias, it is a warm-season grass. By warm-season is meant that it grows best when the weather is hot.

This is in contrast to our traditional lawn grasses which are cool-season, growing best when temperatures range from 40° to 70°.

Since zoysia is a warm-season grass it can successfully compete with crabgrass for control of the lawn area.

Crabgrass, too, is a warm-season grass but is an annual which means it dies off completely in the fall and is started again from seed the following summer.

The warm-season aspect of zoysia also creates the one major disadvantage in the eyes of many people. It is green throughout the summer months but goes dormant in the winter.

This dormancy, however, shouldn’t be confused with the complete death of the tops as in the case of crabgrass.

Zoysia does not die in the winter, neither does it lose its leaves. The foliage remains intact, but changes to a straw-brown color.

With the arrival of spring it’s time if you have Zoysia grass into shape. Here is a video from Sod Solutions, with steps to to follow help you to get your yard ready to go for the Spring and Summer months.

It is important and recommended to put down a fall lawn fertilizer.

This gives the grass food and nutrients it can store up for the winter season to help in “self repair” to damaged grass, the turf may have experienced or suffered from over the cold months.

A fall fertilizer also supplies nutrients to get the turf “ready” for when warm weather arrives, allowing the grass to start the “greening up” process.

In the fall it is recommend to put down a fertilizer high in potassium (the 3rd number on the fertilizer bag), using push or handheld broadcast spreaders will help give even fertilizer distribution.

The best lawn fertilizer for zoysia has a make up like a 2-1-4 ratio and a slow release fertilizer is preferred.

Try to stay away from too much nitrogen in the fall (1st number of the bag), this can lead to lush growth and potential grass fungus problems.

The length of time zoysia remains in this dormant state depends on the length of the winter season. Zoysia does not turn brown immediately after the first killing frost in the fall.

It usually takes two or more heavy frosts to trip the plant into the dormant state.

On the average, this is about ten days to two weeks before the date when there is a fifty-fifty chance that the day temperature will be below freezing and remain that cold for the balance of the winter season.

In the spring the grass will green up about ten days or two weeks after the date when the temperature is apt to be above 32°.

For practically all locations south of Richmond, Va., Oklahoma City and Los Angeles, a dormant period of four months or less each year can normally be expected.

In some sections along the Gulf Coast and in southern Florida, zoysia is dormant only briefly, if at all, during the year.

Spring is the time for Lawn Aeration.

Naturally, the longer the growing season the more time the plant has to grow and spread.

We can certainly expect a greater growth and spread when the “green period” extends over eight months than we can if the growing period is only three months.

So don’t expect zoysia to spread as much in Maine as it would in Florida.

However, if you have a summer home where you only want a green lawn for several months, you may think differently of a zoysia lawn in New England.

When growing, it actually creeps along the ground. The plant sends out runners on the soil surface which root and send up new plants as they go.

Therefore, they make a thick mat of sod. It is the formation of this thick mat which gives zoysia power to crowd out other grasses and weeds.