The ease with which it may be grown, its sturdiness and hardiness, the length of its blooming period, and the great variety and beauty of garden phlox flowers are factors which commend it for our gardens. 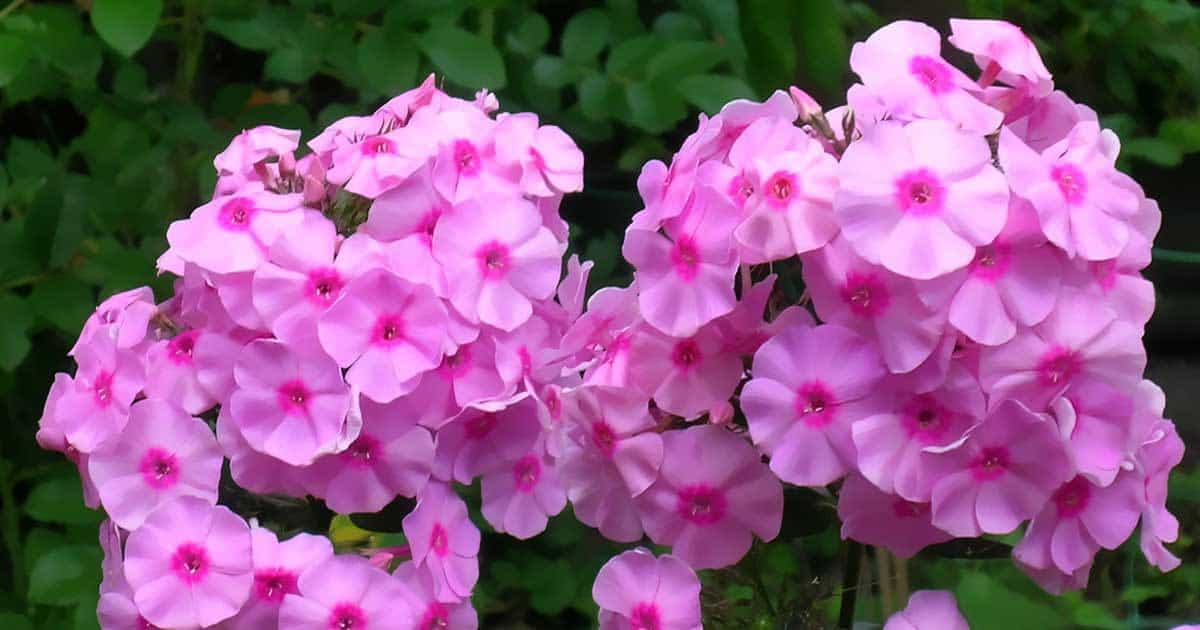 In choosing phlox species, a number of things should be considered – the height of the plant, the form of the panicle or flower cluster, the size of the individual flowers, the extent of the flowering period, hardiness and immunity to disease. These are all important factors.

Height is not the most important point but taller plants are preferred to those of short and medium height. Shorter ones may be selected in the chosen during the rock gardens design phase.

A flower cluster somewhat conical in form is most desired in phlox. Large clusters are preferred to smaller ones and a cluster without gaps or open spaces is the best.

Flower size is another factor to consider. Large flowers are preferred although some of the smaller-flowered kinds are beautiful. Many with large flowers are now available.

Phlox which produce brilliantly colored flowers, in reds, pinks and salmons, are preferable. Good blue-flowering summer phlox are unknown and there is no yellow perennial phlox either.

Their flowers attract butterflies and hummingbirds.

Flower colors should not fade soon after the blooms or buds open. Fortunately, most flowers retain their color for some time.

The length of the blooming period is of utmost importance. Some phlox bloom only a short time and others continue to bloom until the first frost.

It is not difficult to grow hardy phlox varieties successfully. Although they will grow even in clay soil, especially it’s a well-drained soil, it is best to plant phlox in loam soil containing a considerable amount of organic matter such as peat.

A small quantity of organic fertilizer may be applied around the base of the plants in spring, when they are six inches high and again when the plants come into flower. Good light is necessary for beautiful bloom is not produced in full or partial shade.

Phlox must have an ample supply of moisture during the growing and flowering season for best results. Plants must be protected against attacks by insects such as destructive red spider mites, aphids and thrips.

Thrips often injure the foliage and its fragrant flowers but they can be readily controlled with Malathion, this makes conditions ripe for the increase of red spider.

No doubt red spider is the worst pest of phlox. Flowers of sulphur can be used for control with considerable success.

Immunity to disease is a good quality of any plant including phlox. Different kinds of phlox are not equally resistant to fungus parasites, such as the common mildew. This fungus is so harmful that infected plants cannot produce good flowers.

Severe continued attacks of the disease usually kill the plants in a few years. Hence, every means to control the fungus should be taken by the gardener who expects to grow vigorous stock with an abundance of beautiful flowers.

One of the best ways of controlling mildew on phlox is by properly spacing the plants in the garden. It is obvious that plants which grow close together may retain moisture from dew and rain for a considerable time which favors the growth and the spread of the fungus.

During the past season, in our flower garden of approximately 1,500 square feet, only a small amount of infection could be observed on any of about 150 hardy phlox, growing among many other hardy perennial flowering plants all of which were properly spaced.

Mildew can be readily controlled by dusting flowers of sulphur over the leaves as soon as the first symptoms of the disease are evident. Bordeaux mixture is also a fungicide which may be used to keep the disease in check.

There is another common and destructive disease of hardy phlox. This is known as the spot disease and unfortunately it cannot be controlled by use of fungicides.

All infected plants should be removed from the garden and destroyed when the first sign of the disease is detected.

When the growing season comes to an end and phlox plants are already dormant, all the parts above ground should be removed and destroyed before snowfall. Frequently mildew and parasites are carried over winter on the stems and foliage that remain.

Hardy perennial phlox does not ordinarily need winter protection. However, it is advisable to cover young plants with a thin layer of needle-like leaves as soon as the ground cover has been frozen.

Most amateur gardeners do not know that because the hardy late summer phlox are hybrids they do not come “true” from phlox seeds. In this respect they are like many other plants grown for the beauty of their star-shaped flowers – hollyhocks, larkspur, roses and Columbine flowers (Aquilegia).

Anyone who has grown phlox in the garden over a period of years has observed the new plants that crop up among older ones which differ from them in height, flower size, color vigor and, frequently, immunity to disease.

Therefore, those new plants which possess greater vigor and immunity to disease, in time may crowd out the good stock. So when phlox “runs out” it is because stock of good quality has been displaced by mongrels which have grown from seed.

It should be stated, however, that since most phlox are hybrids, one of the ways of obtaining a phlox of good quality is by means of seeds, although a good result is rare.

Most seedlings produce stock of inferior quality so it is obvious why growers do not use that method of propagation. Good stock may also be obtained by means of mutations or sports which are of common occurrence with many phlox.

One method of propagating often used by the grower, which may be used by the amateur gardener, is by means of buds that originate from the roots usually less than a foot from the parent plant.

The new plants formed from the buds may be transplanted and these usually come into flower the next year. Because of their vegetative origin the new plants will produce flowers like those of the parent.

If care is taken to prevent plants from going to seed it is safe to transplant the young plants which appear among older ones. Unlike seedlings they will be like the parents in every respect.

Phlox may also be propagated by division which is best done in spring.

In most of the different kinds numerous lateral branches are produced from the main axis.

Since some of the branches that originate below the surface of the soil produce roots they can be separated readily from the main plant and used as propagules.

When lateral branches originate a short distance above the soil surface a mound of earth may be built about the base of the plant to stimulate root formation. These shoots may be separated from the plant and transplanted as soon as a root system has been formed.

The best method of propagation for the homeowner is by means of cuttings about 6 to 8 inches in length. The procedure is like that for chrysanthemums and many other plants but it is more difficult to get the cuttings started although callus tissue seems to be readily formed.

Cuttings may be made early in the growing season or in late August and placed in moist sand or a mixture of sand and finely pulverized or ground peat. When well rooted they may be transplanted and if kept watered sufficiently will bloom the next season.

Cuttings also may be made from the short flowering branches which originate in the axils of the leaves of the upper portion of the shoot which bears the flower cluster.

Made in the middle of August: and placed into the propagating box, such cuttings root well in about four weeks. Since many of these short flowering branches are formed in the axils of the leaves this method of propagation is suggested as a most economical one.

The method of propagation by leaves is not used by the grower. I have tried a number of different kinds of leaf cuttings but so far the results have not been promising.

I have also worked with root cuttings but do not recommend the method. In early spring I removed some of the roots of the larger plants, cut them into approximately 2-inch lengths and planted them in a mixture of equal parts sand and pulverized peat.

How to choose phlox, how to grow it and how to propagate it are all important angles to the admirer of this flower. If you have not grown the hardy phlox, give it a trial and you will be convinced that there are few better or more beautiful flowering plants.