Early Blight is a fungus in the Pleosporales family.

It occurs in plants throughout the United States and characterized by browning on the leaves that escalates to shriveling and dying of the plant.

It can be quite damaging to plants if not controlled. 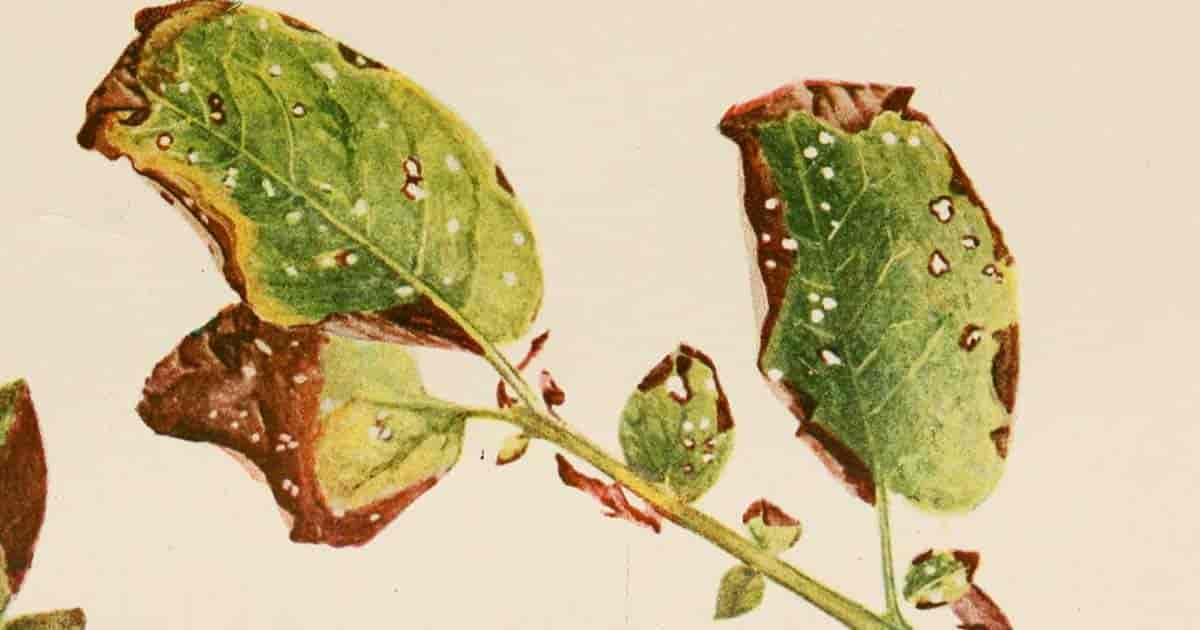 What is Early Blight On Tomato and Other Plants?

Early blight is a disease (late blight is another) that specifically damages the plant’s stems and foliage during the growing season.

In certain situations, it may even affect the fruits of the plant.

It most commonly attacks older leaves on tomato plants and is damaging to the fruit and plant alike.

The former is most likely to cause early blight in tomatoes while the latter is probably likely to affect potatoes.

Early Blight is most likely to affect older plants. However, it can also occur in the seedlings.

It develops in climates with moderate warmth, between 82° to 86° degrees Fahrenheit.

It thrives in rainy weather with lots of humidity – at least at ninety percent.

What Damage Does Early Blight Cause?

The damage caused by this infection varies from plant to plant.

It is threefold which means it affects the plant’s leaves, stems, and even fruits, in some cases.

The general effect, once a plant has been infected, is for the leaves to begin falling followed by the fruit or flowers once they have been exposed to full sunlight.

When it comes to the stems, you will notice that the stem is beginning to turn a shade of brown and is showing signs of collar rot.

On slightly mature plants, this will appear as dry patches of brown spots in patterns that have darker brown concentric rings.

When it comes to the leaves of an infected plant, you will see spots forming on the leaves that are closer to the ground.

These spots are round and about half an inch wide with a dark, rusty shade of brown.

Some spots may grow larger and turn a shade of yellow. Dried leaves that die may either fall off or continue to hang off the stems.

With regards to fruit, early blight can infect them at any stage of their growth.

The fruit in question takes on thick, leather-like texture with raised circular ridges. Most infected fruit will drop from the plant once it is infected.

In order to control the spread of early blight, make sure that you use only clean seeds from trusted sellers and remove plant debris.

Since early blight thrives in high humidity environments, try reducing the amount of humidity your plants are exposed to by using a black plastic garden mulch or organic mulch.

Ensuring that your plant is as dry as possible when working with it will reduce the chances of the disease spreading.

This can be done in a number of ways from using drip irrigation and soaker hoses in place of overhead irrigation to avoid working on the plant when they are moist.

If you have a plant affected by early blight and you want to ensure it does not infect other plants, remove and burn the plant.

You can also use fungicides that can help contain early blight; however, these will require extra precautions and care.