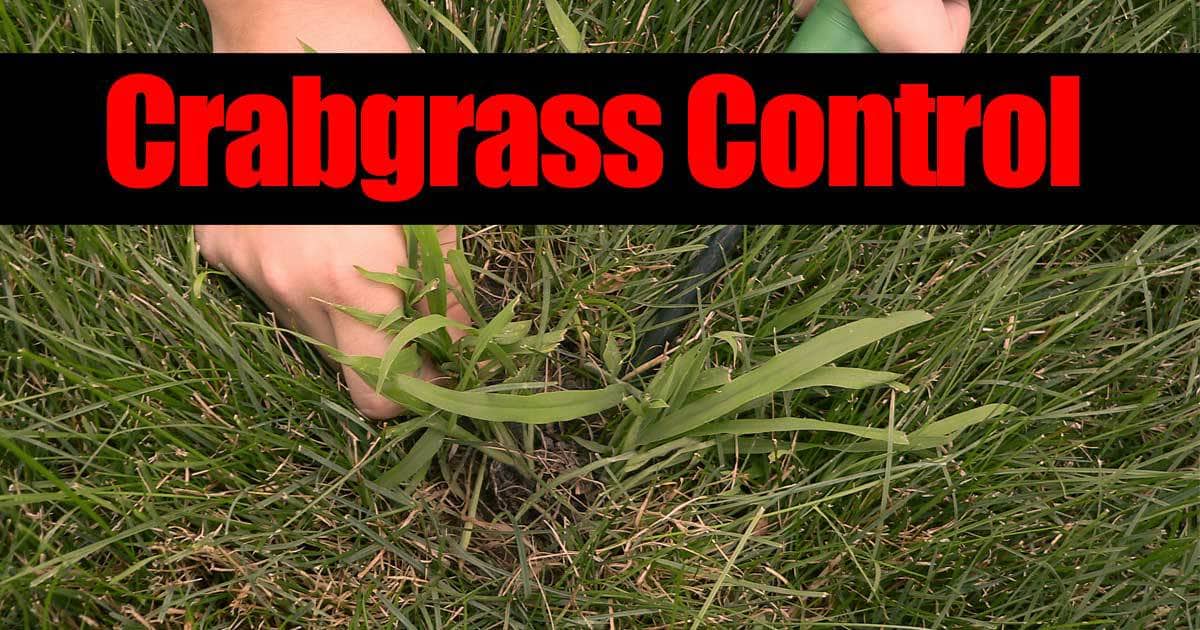 The use of dry chemical formulations has long been one of the most effective ways to control crabgrass in turf. The popularity of this method has been due to the ease with which dry materials may be applied and the effectiveness of only one or two applications.

The reason that chemical sprays have been unpopular with the home owner is the need for three to six applications for effective control. These also must be applied at exactly the correct time and at a prescribed interval.

A heavy rainfall after a wet spray application may lessen the effectiveness of the treatment by diluting the concentration of the chemical and washing away much of the materials.

Most of the crabgrass “killers” are based on the same principle. The chemical must be selective enough to control crabgrass but not injure the turf.

If there were a treatment that could be applied once, after which one could sit back and watch the crabgrass die and the turf flourish, we would have the kind of treatment for which most gardeners are looking. Unfortunately there are no treatments on the market that are quite that simple under all conditions.

Crabgrass “killers” are not all equally effective under all conditions of soil, moisture, temperature and kinds of grasses. A treatment that is effective in the cool moist climate of one section may be quite the opposite in another.

For this reason one should try a new treatment only on a small portion of the lawn unless that treatment has been thoroughly tested previously in that section of the country.

There are many chemical formulations on the market today and most of them should be effective if they are formulated by a reputable firm and the instructions on the containers are followed.

The ideal chemical formulation would be one that would kill the crabgrass, fertilize the lawn and control both insects and diseases without injuring the lawn.

Several on the market are designed to do just that – for example – Scotts Turf Builder with Halts Crabgrass Preventer from the Scotts Feed & Control Weeds Lawn Fertilizer product line… but I hesitate it is 100 per cent effective.

We sometimes look upon these “curealls” and “all purpose” treatments as lacking scientific basis and as a wasteful use of expensive chemicals.

This is especially true when all the pests and deficiencies that the treatment is supposed to control are not present. However, most lawns have crabgrass and white grubs, and respond to nitrogen.

Crabgrass is controlled by chemicals in two ways:

Research work being done by many experiment stations over the years.

When chemicals found to control weeds is applied as a preemergent, ten days to two weeks before the crabgrass seed germinates, it will control the crabgrass and seldom burn the grass, if it is spread uniformly at the recommended rate.

One of the reasons why burning does not occur is that it is applied during the cool season, usually near April 15 (tax time). It also has been observed that one application can give good control. 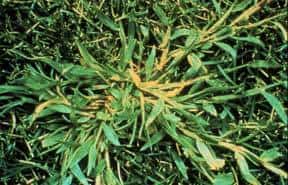 When a form of nitrogen, as a fertilizer, is added to these treatments the crabgrass has two strikes against it. The weed killing chemicals retard the crabgrass and the nitrogen builds up the turf. Since some of the weed killers are also somewhat of insecticides the white grubs also are going to have a difficult time surviving.

Use a Good Spreader

The best way to apply the dry formulations is with a fertilizer spreader that has been carefully calibrated for the materials used. Care must be used in getting an even distribution.

The grass should be dry when materials are applied but the treated area should be watered heavily enough to wash all of the materials from the foliage onto the soil. Generally, the watering should be done immediately after application.

Lawns that were infested with crabgrass last year are going to be just as heavily infested or more so next summer if the lawn has not been treated for control.

There are several things, however, that should be done to control crabgrass other than just applying a crabgrass treatment. A program of proper care of the lawn must be carried out.

The presence of crabgrass is usually an indication that the lawn has not been properly maintained in the past.

Wherever there is a weak stand of turf crabgrass is sure to come in quickly. Mowing bluegrass to a height of not less than one and a half inches and watering heavily only when needed, instead of light frequent waterings every day, would be helpful in establishing a good turf.

Unless nitrogen is included in the crabgrass treatment, one pound of elemental nitrogen per 1000 square feet of turf area should be applied twice a year if the grass appears to need it.

One application in early spring just as the grass starts to take on a fresh green color and again in late August or early September at the approach of cooler weather should usually be sufficient.

Fertilizing always depends on the grass type and where you live.

Some hand weeding may be necessary as it is seldom that crabgrass treatments are 100 per cent effective. A few crabgrass plants allowed to go to seed will start a new infestation.