Lilium callosum has been known and grown for over a century but as a garden plant it is rarely seen in the United States.

One explanation may be that few nurseries offer seeds or bulbs. It is not a striking or spectacular lily. But it is an interesting little lily – certainly markedly different from our better-known lilies. 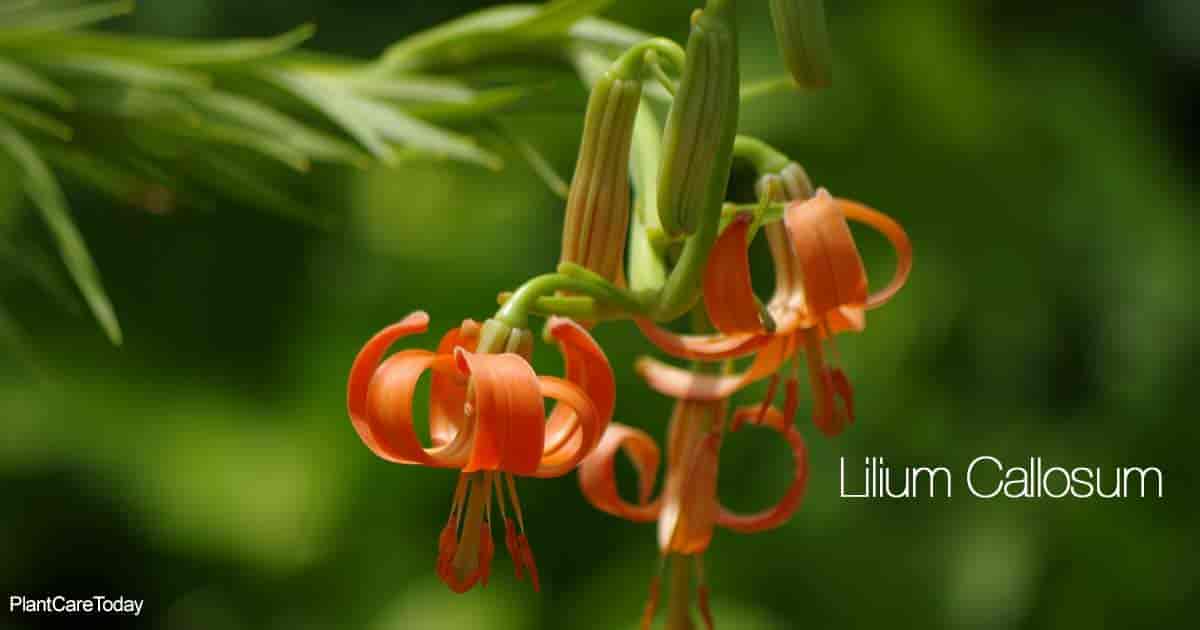 It is native through an extensive range in Eastern Asia and nearby islands.

Callosum comes from a Latin word meaning thick-skinned. The uppermost leaves are often (but not always) thickened at the tip which is the reason given for its name.

Siebold and Zuccarini, who found it, reported that the natives dug the bulbs in the fall to use as food because they were nourishing and tasty. The bulbs were used medicinally, too, to relieve chronic coughs.

This lily is a close relative to Lilium pumilum (tenuifolium), and fully as hardy, but grows taller, three to five feet, with broader leaves.

The nodding flowers on slender, erect stems are smaller than those of Lilium pumilum with the segments forming a narrow tube before recurving.

The round, stem-rooting bulbs are small and should be planted six inches deep. It takes a group of ten or more of the tall, slender stems to make a good showing.

The flower color is variously described as deep brick red and apricot, dull red to orange-red, all faintly flecked with black toward the base.

Most collections have been grown from seeds obtained from various sources. Most growers never detect any difference in color – all a uniform brick red with protruding stamens dusted with pollen of the same brick red color.

The scentless blossoms are the smallest of most any lily in the garden. They open in late July and early August which is a time we appreciate lily blossoms because there are so few.