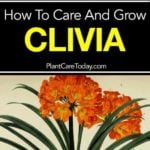 Question: I have a clivia plant, or kaffir lily, and would like to know something about its culture.

Quick Answer: The clivia plant is an easily grown houseplant from South Africa. It should be potted in rich potting soil with a little peat added and should not be repotted again until the fleshy roots have entirely outgrown the pot.

The Clivia plant, also known as bush lily or kaffir lily. It has heavy textured dark green strap-like foliage and its array of smooth petaled orange, salmon, brick red or red and yellow flowers, and a distinguished beauty as an indoor houseplant. Also, its trumpet-shaped flowers come in umbels, a cluster holding flower stalks.

Clivia orange is probably the most popular.

The bulb grows slowly and is seldom listed in the inexpensive plant bracket, but it is a plant that will last for years. I have one that’s 15 years old, and still going strong. Still blooms a lot of flowers. Each year the Clivia plant increases in beauty and since such a plant and its flowers can be used as a basic part of the indoor color scheme and is well worth the price.

This relative of the amaryllis grows from thick tuberous roots rather than a true bulb, and its foliage is evergreen.

There are three or four species and several hybrids but the one most often listed in catalogs and seen on shops is Clivia miniata flowers. Clivia’s active growth period is during early spring to early fall.

During this time it needs plenty of warmth, direct sunlight, water, and slow-release fertilizer. When in growth the average temperature of the home should remain around 70° to 75° degrees Fahrenheit in the daytime with the usual 10° degree drop at night, seems well suited to this native of South Africa. Light from an east or south window is conducive to its good growth.

During late fall and early winter clivia plants should be “rested” by placing it in a cool room where temperatures hover around 50° degrees Fahrenheit. This serves as the rest period of the Clivia plant.

In the modern home this winter situation calls for some thought. A partially heated sun porch or glazed-in patio, or the north wall in a cool basement furnish ideal resting conditions. While the plant is in storage decrease its water supply.

In mid-January bring clivias to the light, give them a thorough soaking with water and it will soon show new center leaves. When growth starts, give plants a weekly feeding of one-fourth strength soluble liquid food. You can determine proportions by reading the manufacturer’s instructions.

Plants should produce flowers in April, but it may not bloom until late June or early July.

Avoid giving so much water to the Clivia plant. This may cause root rot, a plant disease that occurs due to soil with poor drainage or too much water. Do not over fertilize as well to avoid getting so much leaves and lesser blooms.

Some growers so admire clivia foliage that they keep a plant in the window garden or a planter throughout the year.

This won’t hurt the plant but under such treatment it is not likely to produce its annual spring or early summer bulb flower crop.

Clivias purchased from catalogs are shipped bare roots and often wrapped. These are most often quite large plants requiring a six to eight-inch pot. Place about an inch of drainage material in the pot and use a potting mix such as you might use for amaryllis bulbs.

If it is planted in an eight-inch pot it will not need replanting for five or six years. As it begins each season’s growth, scrape away an inch of the topsoil, replace it with fresh soil and it will be all set for the year.

You can summer clivia by plunging the pot in a dappled shade (indirect light) nook in the garden. In some parts of California, these plants are used for landscaping. Bring the plant into the house before the first frost.

Transplanting usually deters plants from producing next season’s blooms. Since older plants often have 15 to 20 leaves there may be times when the plant must be transferred to a new pot or when it will have to be divided.

To divide, knock the plant out of the pot. Use a sharp knife to cut away offsets, making sure you cut plenty of root with them. Plant the offsets in five-inch pots with a well-drained potting mix and leave them in these pots for at least a year.

Give them the same treatment you give older plants. Use the knife to cut through sheathed dark green foliage and their attached roots. Plant these divisions as you plant offsets.

When clivia bulbs are grown in warm dry situations… red spider may become an enemy. I always start with Neem oil – like this at Amazon – then move to Malathion if needed.

You can try growing clivia from seeds which can be purchased from specialists or you might like to make your flowering plants produce their own seeds. To do this, remove some of the powdery pollen from one flower and place it on the stigma (tip of elongated appendage in flower center) of another flower.

Plant single seeds in three-inch pots of sterilized sand and loam. Germination is fairly rapid and as the plant matures it can be shifted into a five-inch pot of soil and cared for as a division. Under household culture it may take five to seven years to get clivia flowers to bloom from seeds.