The Echeveria Cante [ech-eh-VER-ee-a kan-te] belongs to the genus Echeveria (Crassulaceae family) and considered a form of Echeveria subrigida.

It was given the name of E. Cante in 1998 by the Cante institute and botanic garden in San Miguel de Allende, Guanajuato.

This flowering succulent plant is found in the Mexican state of Zacatecas, as well in the mountains between Sombrerete and Fresnillo. 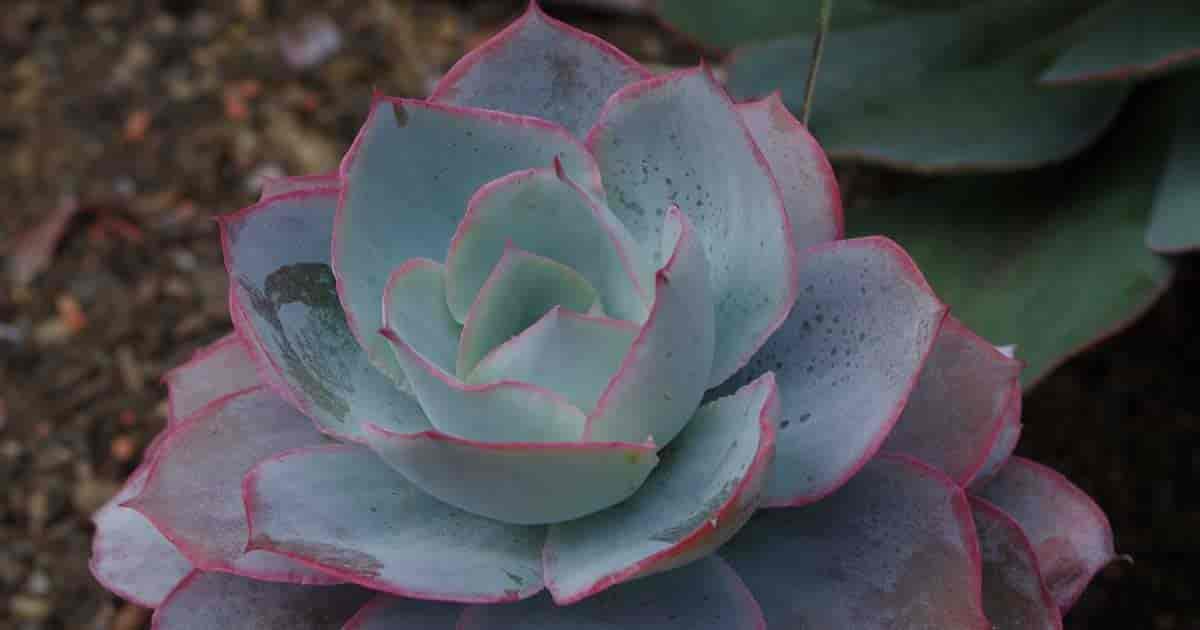 Cante has several common names including:

The inflorescences grow up erect to allow the plant to seed properly and get more sunshine.

These erect inflorescences look vibrant against its gray leaf bracts.

The leaves have a thick powdery whitish-lavender coating along the leaf margin.

Yellow-orange flowers appear in the summer.

At other times, thick flower stems grow which produces bright pink flowers in the summer.

They are covered in whitish-lavender powdery coating and sometimes have a fine red edge which runs along the ridge of the leaf.

The flowers don’t have any distinct scent to them.

The white Echeveria is a very hardy plant, which thrives in USDA Hardiness zone 9-11.

It has a very high heat tolerance and will even persist through the hottest summers.

If you are planting them in cooler climates along the coast it’s better to let them bathe in full sun.

At higher elevations, install a bright light to ensure they get plenty of light.

The plant is drought-tolerant and it is better to water more during the spring and summer growing seasons.

However, it’s important to not keep the plant too wet or too dry.

This evergreen succulent is really easy to grow as long as you are following some basic rules.

It’s important to never let water sit in the soil since it will cause the plant to rot.

Make sure the soil remains well-drained to prevent root rot.

The best option is to keep the plant a little dry in cooler weather to prevent root freeze.

Water-logged soils will cause the plant to die, which is why it is important to avoid overwatering.

You should remove the dead leaves at the bottom as the plant continues to grow.

How to Propagate White Cloud Echeveria

Cante was the seed parent and Echeveria shaviana the pollen parent of Echeveria ‘Afterglow’.

Dislodging or controlling aphids on succulents during the summer and spring season is vital.

Remove them with alcohol-soaked cotton swabs or a Neem oil spray.

Remove fallen leaves on the soil bed. These leaves are a haven for mealybugs and pests.

More on –> How To Get Rid of Mealybugs on Succulents

Follow a strict watering schedule and provide plenty of light for growth.

The plant is susceptible to root rot if the soil isn’t well-drained.

White rose is often grown along with other cactus and succulents in container gardens where they look great.

This beautiful succulent plant is also planted along rocky ledges and xeriscape gardens.

They are best planted near Sedum (stonecrop), Kalanchoe or Aloe plants since they colors contrast each other.