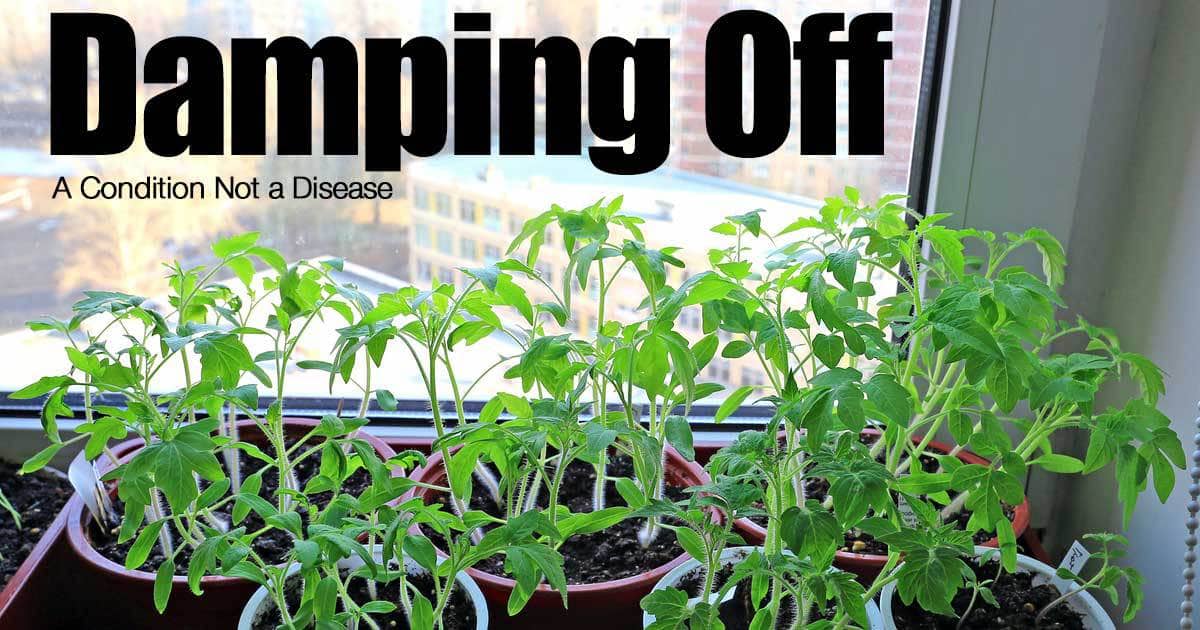 What is Damping Off? – The term is a name given by gardeners to describe the wilting and death of seedlings just before or just after they emerge from the soil.

When, instead of the uniform rows of seedlings one expects in a flat or seed bed, one discovers rows thinned out and broken by many bare spots; or when many of a good stand of seedlings suddenly collapse or fall over on the ground and die it is usually the disease called damping-off that is responsible.

Damping Off Disease – A Condition Not Disease

The cause is not one specific organism, as with most plant diseases, but may be any one of several fungi which live in the soil near the surface and, under favorable conditions, enter the plants just as they come out of the ground.

The slender, tender stems shrivel up and the plants topple over. Too thick planting and high humidity are factors favoring the development of these fungi which may cause losses up to even 90 or 100 per cent of an entire planting.

There is no way to cure or save a seedling affected by damping-off. But if the disease appears in the corner of a bed, it can sometimes be prevented from spreading by prompt action to correct the conditions that favor it. Ventilate and dry off the bed; remove the dead plants with some of the soil if they are restricted to a limited area.

A practice among commercial growers is to spray or drench with a fungicide to kill or prevent the spread of the fungus.

Damping-off may be largely prevented by treating – before sowing – either the soil or the seed with heat or with chemicals. In greenhouses where steam is available, it is the best means for soil sterilization.

For treating seed various fungicides are on the market. Follow labeled directions when handling and applying any chemicals.