Most experienced gardeners are aware of crown rot, even if they have never experienced its destructive effect on their plants.

The crown rot condition is caused by a fungus already existing in the soil, especially in wet or heavy soils.

The best way to avoid crown rot begins with the proper preparation of garden soil before planting.

The location of the garden plot is the first consideration of successful gardening.

Most plants prefer a minimum of six hours of sun per day, making experienced gardeners choose locations with lighter soils which do not stay wet.

However, some flowers and shrubs prefer shade or part-sun environments.

These plants are most susceptible to crown rot. Gardener’s should be especially vigilant to notice any early signs of the destructive fungus. 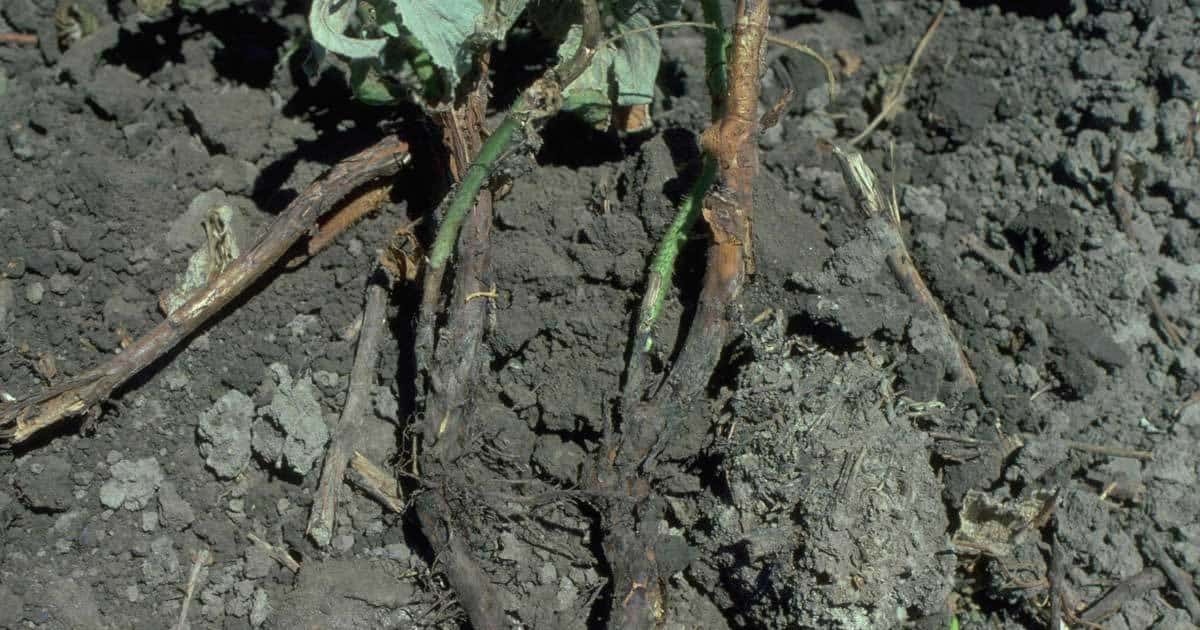 Most do not easily notice the effects of crown rot when it first begins infecting plants. Dry rot of the lower plant stem likely to go unnoticed by all but the most experienced gardeners. By the time more obvious symptoms show up, it is often too late to save the plant.

Younger plants are most susceptible to destruction, and the leaves begin to turn yellow or red. Regular progression of the disease results in wilting and death. Surviving plants find themselves stunted and produce less blooms than normal.

Stopping crown rot once it starts is not an easy task. Begin removing any infected plants and dispose of them away from the garden area to get rid of the pathogen. Sanitize soil to prevent the spread of fungus that often cause the fusarium crown rot.

When plantings must be maintained, such as decorative shrubs along the front of a building, remove the infected soil and replace with lighter, more friable soil.

Take care to avoid spreading crown rot fungus to other areas. For example; a wheelbarrow used to haul away contaminated soil, needs a complete washing, including the tires. Clean and thoroughly disinfect tools used for digging out the soil including shoes.

Trees affected by crowns rot show dark or rotting bark near the base. Once the disease becomes established saving the tree is even more difficult. The recommended course of action is to cut away any damaged bark and remove as much soil as possible from its base to allow the main root crown to dry out.

The application of a fungicide to the tree base and surrounding soil may help, but it is often too late to save the tree. Proper application of fungicides involves drenching the soil with a mixture of one gallon of water with 2 tbsp of fungicide added. Repeat this procedure 2 times at one-month intervals.

Prevention is the most effective means of dealing with crown rot. Since the fungus lives in the soil replace any wet or muddy soil. Dig at least 1 foot or more from soil surface before adding a layer of fine gravel to enhance good drainage. Follow the gravel can with new garden soil to make sure there no existing fungus still lives in the plant bed.

It is important to restrict watering plants unless absolutely necessary.

Shady areas do not get much sun each day, so the soil will naturally stay more moist. Soil moisture allows spread of these wilt-causing pathogens. Water only if the soil seems unusually dry or plants look like they are wilting.

Rotating vegetable garden plants or crop rotation can help in preventing crown rot. Also inspect any young plants before transplanting into the garden plot. Any seedlings showing yellow lower leaves, wilting or a white fungus around the base of the plant may indicate the beginning of crown rot. Look for diseased plants and quickly segregate them to avoid the infected dead tissue from growing and affecting other plants.

Discard these plants to avoid introducing the destructive fungus into the soil.

If you grow for any period of time you’ll experience crown rot. Keeping a clean growing area, good soil which drains well and air movement will help keep grown rot under control.