Kale is a leafy green, dark blue-green, and sometimes purple vegetable like spinach belonging to the plant species Brassica Oleracea.

The plant resembles cruciferous vegetables like broccoli, cabbage, cauliflower, brussels sprouts, spinach, and collard greens. The most common type of kale is the Curly Kale, or the Scots Kale, which bear curly leaves with a hard, fibrous stem. 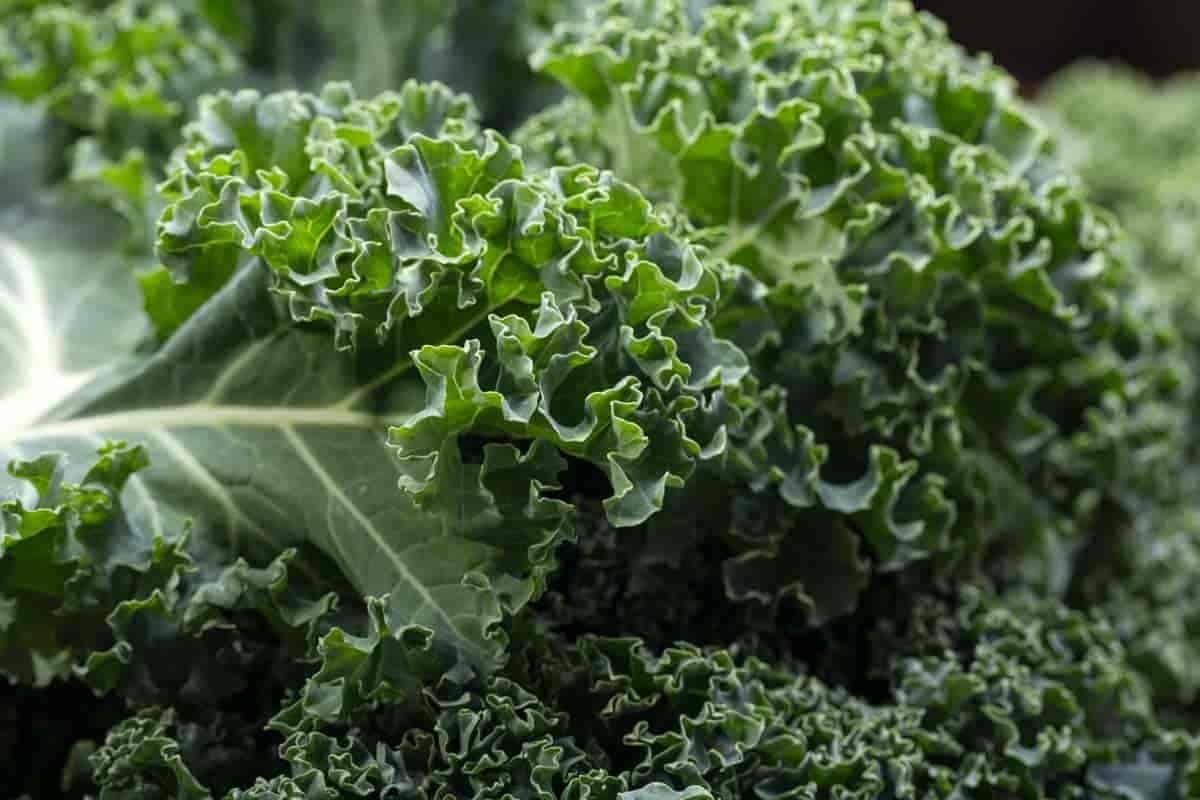 People of early times enjoyed the amazing and surprising kale health benefits. Like many members of the brassica family, kale boasts high glucosinolates, known as a great antiviral, anti-inflammatory, and anti cancer component.

Also, this green leafy vegetable packs with vitamins, powerful antioxidants, omega fatty acids, and others. However, a lot more kale health benefits remain undiscovered by many.

Apart from tons of health benefits, kale can also live through the winter cold. It gives an opportunity for planters and gardeners to prepare early for winter.

Various regions include kale in their daily menus. In Ireland, people mix kale with mashed potatoes in making Colcannon, a famous dish during Halloween. Oftentimes, they include sausage to the recipe to add a bit of flair.

Italians use kale in the Tuscan soup known as Ribollita. The Dutch use curly kale to make a traditional dish called boerenkoolstamppot. The dish includes a mixture of kale, mashed potatoes, and bacon, served with smoked sausages, or bratwurst.

Chinese, Vietnamese, and Taiwanese combine kale with beef dishes to make kai-lan. To the Portuguese, kale serves as a key ingredient in Caldo Verde, a soup comprised of olive oil, broth, slices of spicy sausages, diced kale, and pureed potatoes.

In the African region, locals use kale as a side dish or in a stew to accompany a staple food made from maize, known as ugali. In Brazil, the national stew or side dish known as feijoada is a signature dish made with kale.

Kale consists of important chemicals with nutritional value such lutein, zeaxanthin, and carotenoids. In addition, there include glucosinolate compounds necessary in the formation of sulforaphane associated with research in the treatment of neurodegenerative disorders, gastric diseases, cancer, spinal cord injury, and autism.

Due to all benefits, kale is known as one of the world’s healthiest foods. This green, anti-inflammatory food holds almost everything that a human would need, even bone health. [source]

Check this article for you to find out how to grow your own kale.

Kale is a key source of cholesterol-lowering components. Its fibrous nature gives it the ability to combine bile acids in the digestive tract. After an easy excretion of such acids, it results in lowering cholesterol levels, which help prevent heart diseases.

The vitamin K and vitamin E content makes a good partnership for a healthier heart. According to nutritionists and dieticians, kale causes lower cholesterol levels while increasing the number of HDL against LDLs. [source]

Kale is essential in supporting the detoxification system in the body. Researchers indicate the potential importance of the glucosinolates in regulating detox, especially at a genetic level. As one of the best detoxifiers, kale just not detoxifies the body, but it also flushes them out takes to its component called isothiocyanates (ITCs).

ITCs shows no mercy against toxins and free radicals. Such harmful elements you get from processed foods, pollutants, and other chemicals gets flushed out of the body.

Kale boosts the immune system due to its Vitamin C content. It keeps the metabolic activities in good condition. Also, Vitamin C plays a huge role in keeping your body hydrated

On the other hand, the Vitamin A content of Kale weighs sufficient and enough to battle skin health problems, and cancer of the mouth and lungs. Vitamin A is also essential for better, clearer vision or eyesight. Kale contains lutein and zeaxanthin, nutrients known in preventing cataract and macular degeneration. Lack of lutein contributes to poor eyesight and other conditions that visually impairs a patient.

Cruciferous vegetables hold a record as of the best anti-cancer foods. Like other green leafy goods, kale can stop cancer while on its tracks preventing it from spreading and damaging other cells.

Apart from its detoxification ability, the ICT or isothiocyanates can also lower the risk of cancer developments. It works best stopping cancer cells from developing in the colon, bladder, ovary, breast, and prostate. Kale also has glucosinolates, known for its ability to inactivate carcinogens, reprogram cancer cells to die, and prevent tumors.

Kale packs in calcium. Surprisingly, its calcium content exceeds that of milk. This nutrient comes very useful not only with the development of strong bones but also, with boosting the health of red blood cells in your body. So if you need calcium but experience lactose-intolerance problems, kale makes a good alternative source.

The presence of flavonoids plays a major role in providing detoxifying effects in the body. The carotenoids are essential in the control and prevention of cancerous developments. In addition, the fiber and sulfur present in kale help detoxify the body.

To greatly experience the detoxifying benefits of kale, the green leafy vegetable should not undergo the process of sterilization and radiation. This process greatly reduces the amount of its detoxifying property. Make sure your supply will come from a responsible source such as an organic supermarket.

A cup of kale is believed to provide about 10% of the essential omega 3 fatty acids as recommended in the RDA standards. This provides anti-inflammatory effects that are even capable of fighting asthma, autoimmune disorders, and arthritis. In addition, the lowering of cholesterol levels eliminates the effects of the inflammatory compounds and the presence of Vitamin C helps maintain cartilage and joint flexibility.

Apart from omega 3, kale also contains the omega 6 fatty acid. Such combination makes a powerful anti-inflammatory agent making it one of the most powerful benefits of kale.

Most vitamins are destroyed by excess heat. This makes it important to only slightly cook kale or eat it raw. You can enjoy kale in many ways. [source]

Here are some tips for cooking this healthy green vegetable:

Combine oil, onions, and garlic in a for a just few minutes. Serve and eat.

Add olive oil to chopped leaves and bake in the oven. Lightly salt. Some stores sell the baked kale and all you do is deep-fry them. Yum!

There still remains a number of kale recipes to try!

To keep kale and other produces fresh, try this Food safe produce fresh-keeper from Elfin!

Kale is a tasty green vegetable that can provide excellent health benefits when eaten daily. Try this kale, apple, pecan recipe. From glowing skin to a healthy heart, kale provides optimum benefits and tastes great, too! Are you getting your daily kale?

If some one had told me 5 years ago I would be eating kale at all I would have called them crazy.

Kale of which there are many kinds is a super food. At least that’s what I’ve read. The leaves don’t come with a label!

But kale is a super food, a nutritional powerhouse and one of the healthiest vegetables you can eat. Some claim kale is the new beef! Low in calories and high in fiber, high in iron (more iron per calorie than beef), full with antioxidants, high in calcium – more calcium per calorie than milk.

Plus high in vitamins A, C, and K, and a great anti-inflammatory food, and supports a healthy heart. It’s also a great detox food to help flush out toxins from the body and keep the liver healthy and functioning well.

My wife and I go through a big bunch of kale every week when it’s in season – a winter crop. We have a dehydrator and have made kale chips but not everyone does. So this recipe from EcoSalon shows you how to make some healthy kale chips. I know it sounds weird… but try some.

Pssst…. our secret ingredient(s) is blending cashews with some nutritional yeast.

Eat more Kale…. this post shares how to make “kale powder” for more check out the links below…